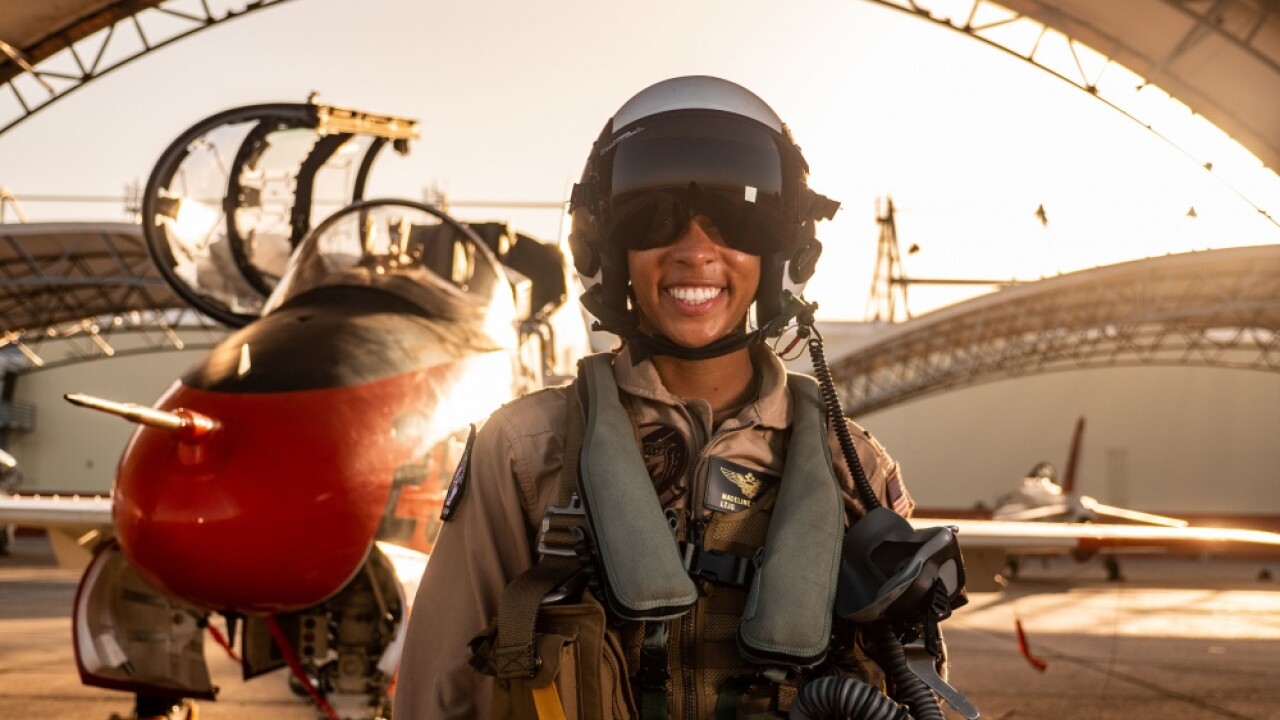 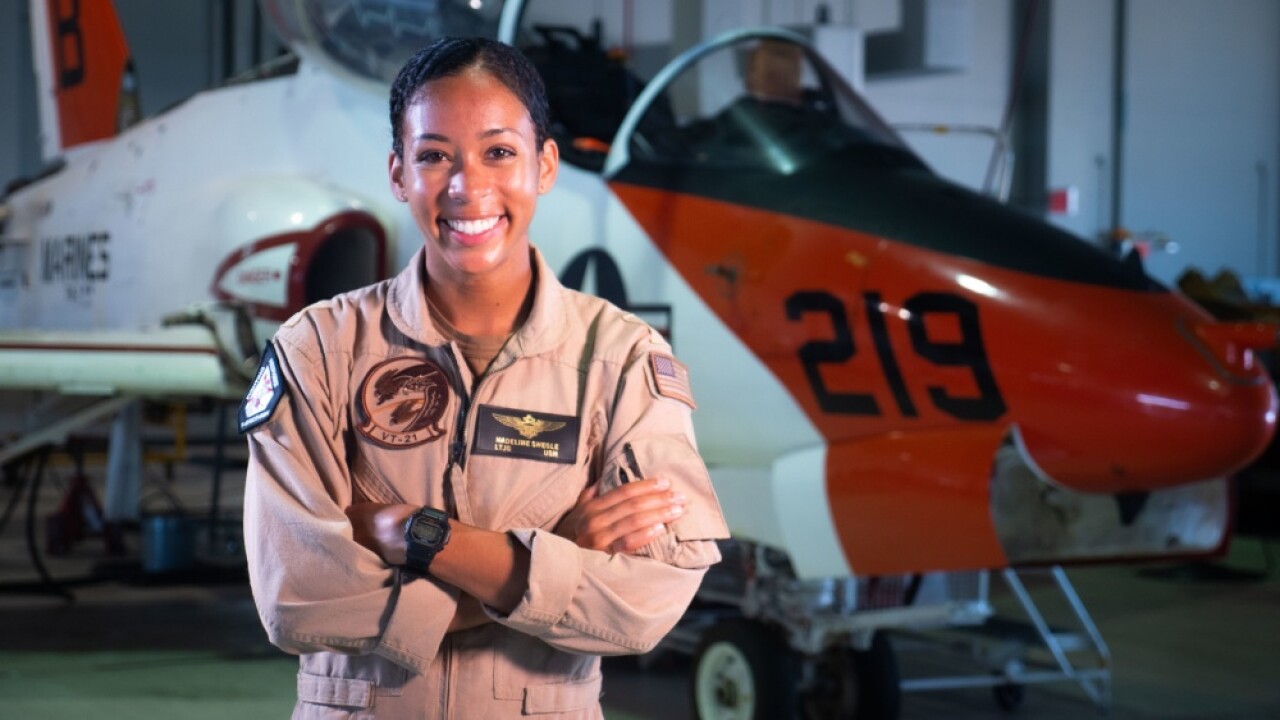 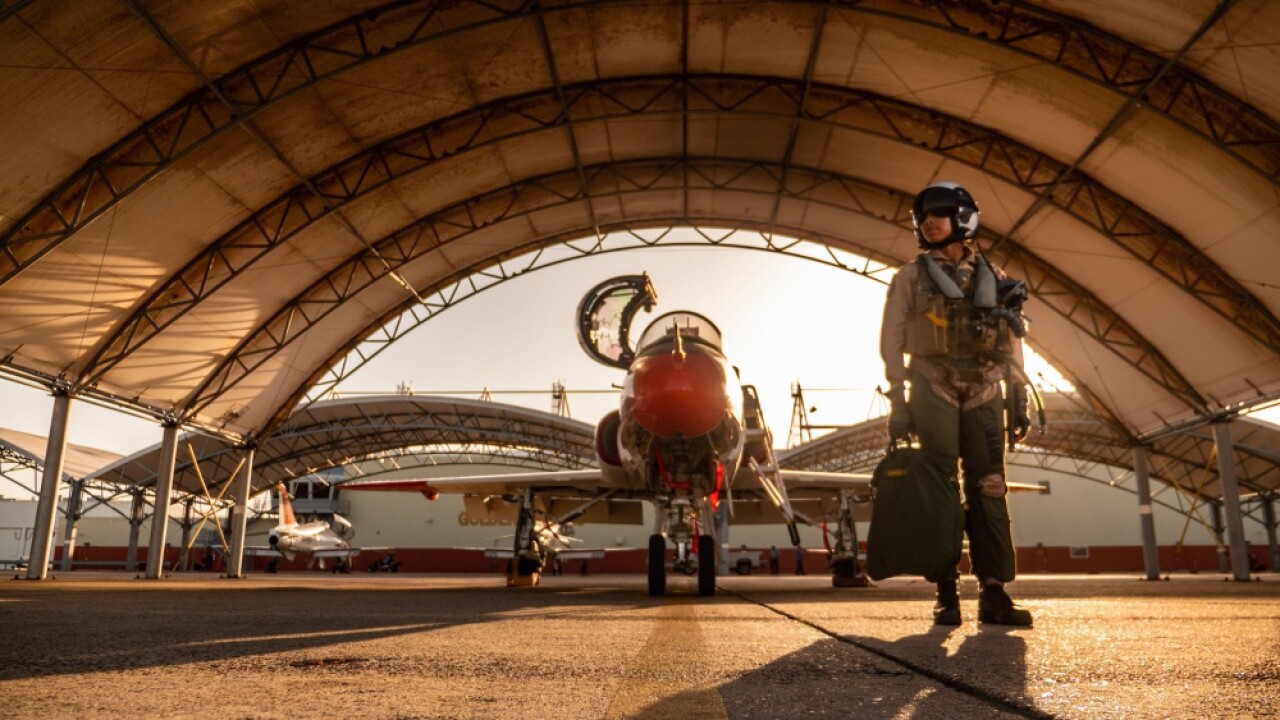 It is the end of a long journey for a group of Navy and Marine Corps aviators onboard Naval Air Station Kingsville, as they receive their coveted Wings of Gold on Friday.

A total of 26 student pilots, between the VT-21 Redhawks and VT-22 Golden Eagles training squadrons, have completed the Advanced jet training pipeline, which will result in those individuals becoming designated naval aviators.

"These are the best pilots in the world that are trained here," said Commander Matthew Maher of Training Squadron VT-21.

According to base officials, Friday's ceremony will feature the largest winging class the base has had in at least the past seven years, and also one of the most historic.

Swegle finished all the requirements for the Tactical Air (Strike) aviator syllabus at the beginning of July.

"I am really honored that I get to wear the wings and get to fly planes and call myself a pilot," Swegle said in a recent interview.

As she reflects on her career with the Navy, she says she has never set out to be the first at anything but hopes her milestone will encourage other female and minority women to follow their dreams.

"I think representation is important because we are a very diverse nation. So, I would like everyone to believe that they can achieve whatever they'd want to do," Swegle said.

But becoming a jet pilot in the U.S. Navy also takes a lot of hard work. The training syllabus has two rigorous phases, where students fly the T-45C Goshawk jet trainer aircraft. They cover everything from basic jet maneuvers to learning how to land the jet on an aircraft carrier.

"It takes long hours, a lot of sweat and tears, and commitment to excellence day in and day out," said Mehar. "Every instructor here knows that we have a very high standard, and the standard doesn't change, that is to be excellent at everything you do. She, just like all of her fellow wingees, met that standard of excellence, and they're going to go out and make all of us very proud."

Following the winging ceremony on Friday, Swegle and her colleagues will be assigned a specific fighter jet and move on to their next duty station.