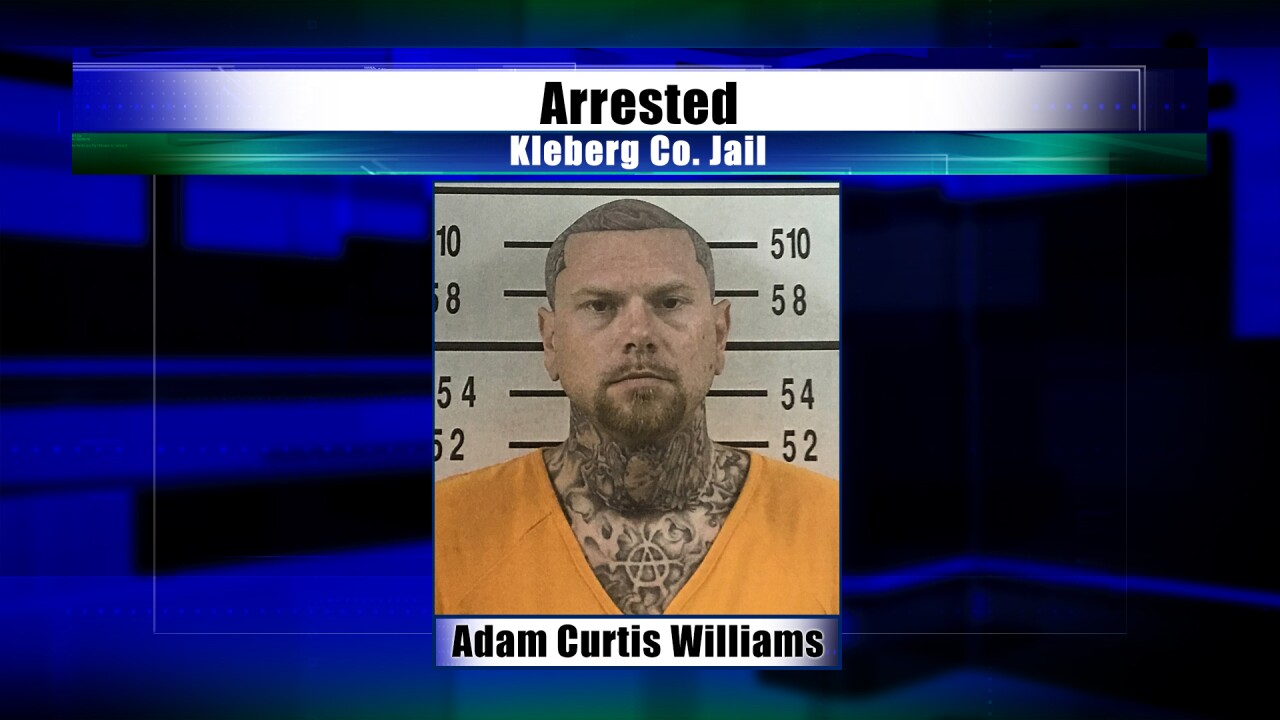 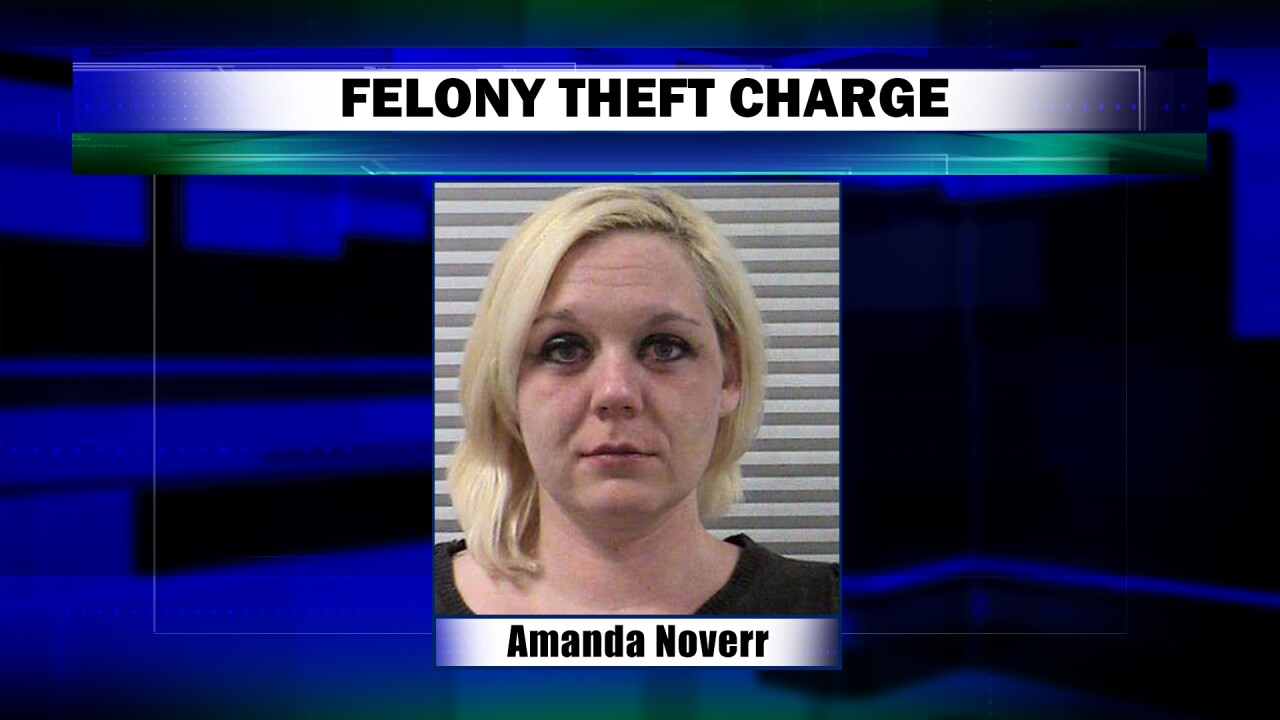 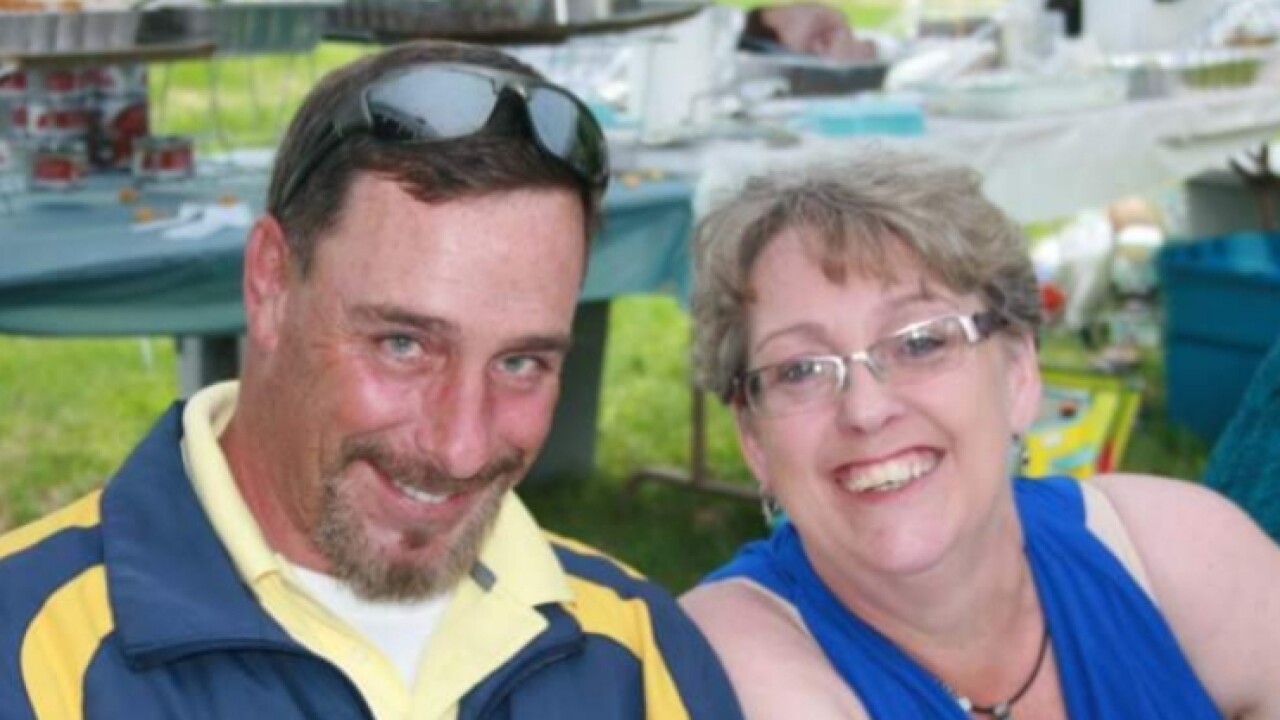 Williams was caught on surveillance camera driving the stolen vehicle of James and Michelle Butler into Mexico.

James and Michelle Butler, who are from New Hampshire, were in the Corpus Christi area camping on Padre Island.

The family reported them missing on October 23, 2019 and days later their bodies were found buried in a shallow grave south of Bob Hall Pier at the same spot they were last seen alive.

Officials later released information that on October 21, 2019, days before the couple was reported missing, their truck was captured on surveillance crossing the U.S./Mexico border at Eagle Pass/Piedra Negras. The driver was not James Butler.

Officials later released a photo of the man who was driving.

He was later identified as Adam Curtis Williams, 33.

They also identified his passenger as Amanda Noverr.

Williams was arrested in Mexico on Wednesday and transported to the Kleberg County Jail that night.

During Thursday's press conference officials announced that his passenger, Amanda Noverr, is now facing a charge of felony theft.

She was originally just a person of interest in this case.

Officials say Amanda Noverr is in custody in Mexico and is awaiting deportation to Houston and is expected to arrive in Kleberg County sometimes Thursday afternoon.

Action 10 News also confirmed that a child was with the couple. Officials say the child is Amanda Noverr's child.

That child will also be deported back to the U.S.

As for Williams' arrest, officials say he did not try to fight the arrest, but they wouldn't say if he's being cooperative in the investigation.

Williams is charged with felony theft and assault on a peace officer. When asked about the assault charge officials said it may be in his criminal history and not part of this case.

When asked how officials were able to get a $1 million bond on a felony theft case, Kleberg County District Attorney John Hubert said judges look at the complaint, facts, situation and prior criminal histories and decide with that.

"I'm not really worried about what the judges do. We've got a very good independent judiciary that takes a lot of facts into their decisions. I think they'll do the right thing," said Hubert.

Hubert went on to say that they aren't ruling out the possibility of more people being involved. He said they'll just keep searching for facts and evidence.

Adam Curtis Williams is expected to make a court appearance in Judge Jack Pulcher's court Friday morning at 8:30am.

It's still unclear if Amanda Noverr will also have a court appearance on Friday.

Officials are still asking anyone with information that could help in their investigation to call the Kleberg County Sheriff's Office at 361-595-8500.