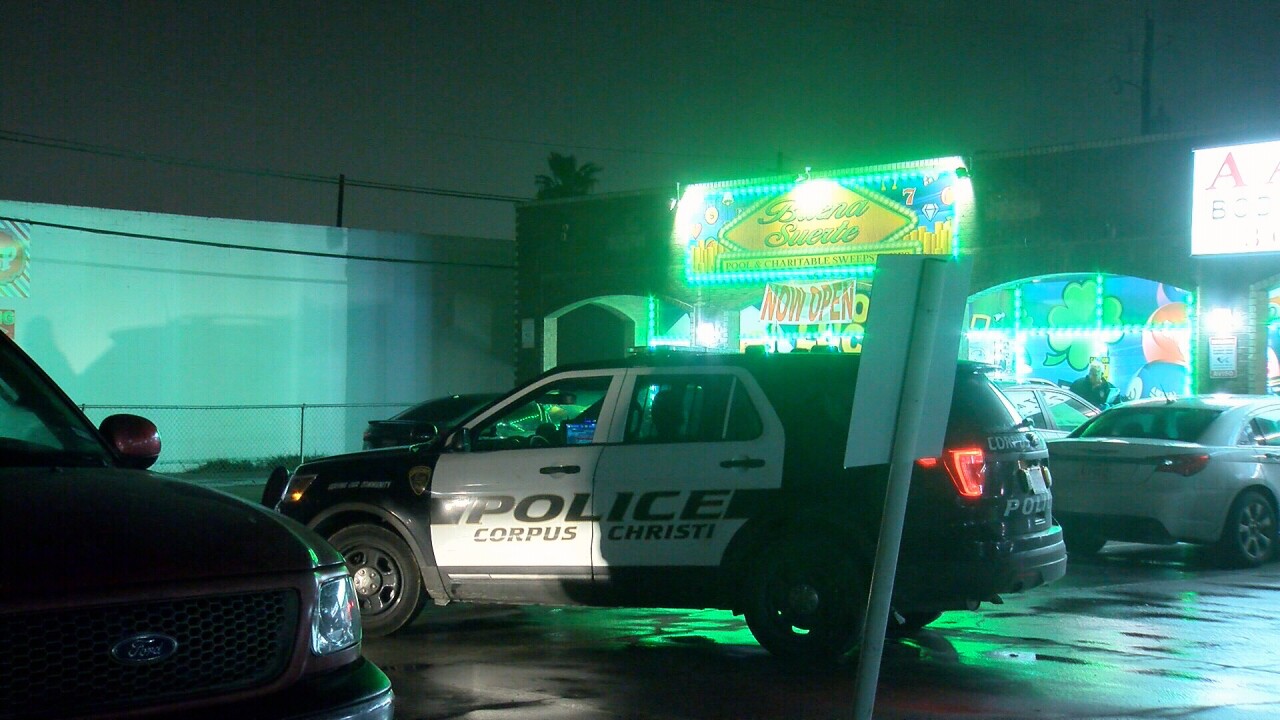 CORPUS CHRISTI, TEXAS — Investigators have released more information surrounding a shooting inside of a southside game-room that happened Tuesday night.

According to Captain Timothy Frasier, two men walked into the "Buena Suerte" game-room inside a shopping center near Everhart and Cain Road around 8 pm Tuesday.

Police say the men demanded cash and got into a scuffle. One of the suspects pulled out a handgun and fired it at a game-room security guard.

Police say the men, both on foot, ran away from the business. The security guard was transported to Bay Area Hospital.

According to police, the men did not get any cash from the game-room.

Police said this is the first time a shooting has happened inside of the "Buena Suerte" game-room. Captain Frasier said, "This is the first time they had a call, it is kind of a surprise for us. It is something that we need to look at all the other game-rooms that are popping up in Corpus and make sure we keep a better eye on those."

Investigators noted there were multiple security cameras inside the establishment.

If you have any information about this armed robbery and shooting, you're asked to call Crimestoppers at (361) 888-8477 (TIPS).