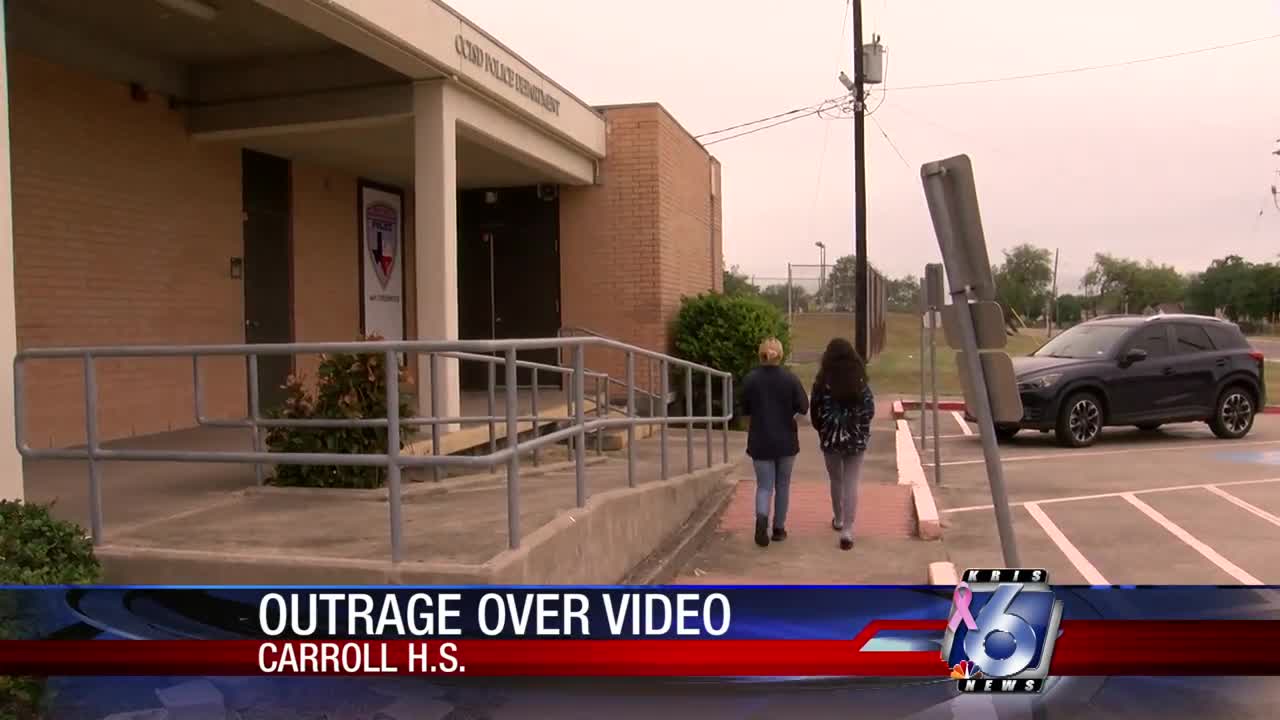 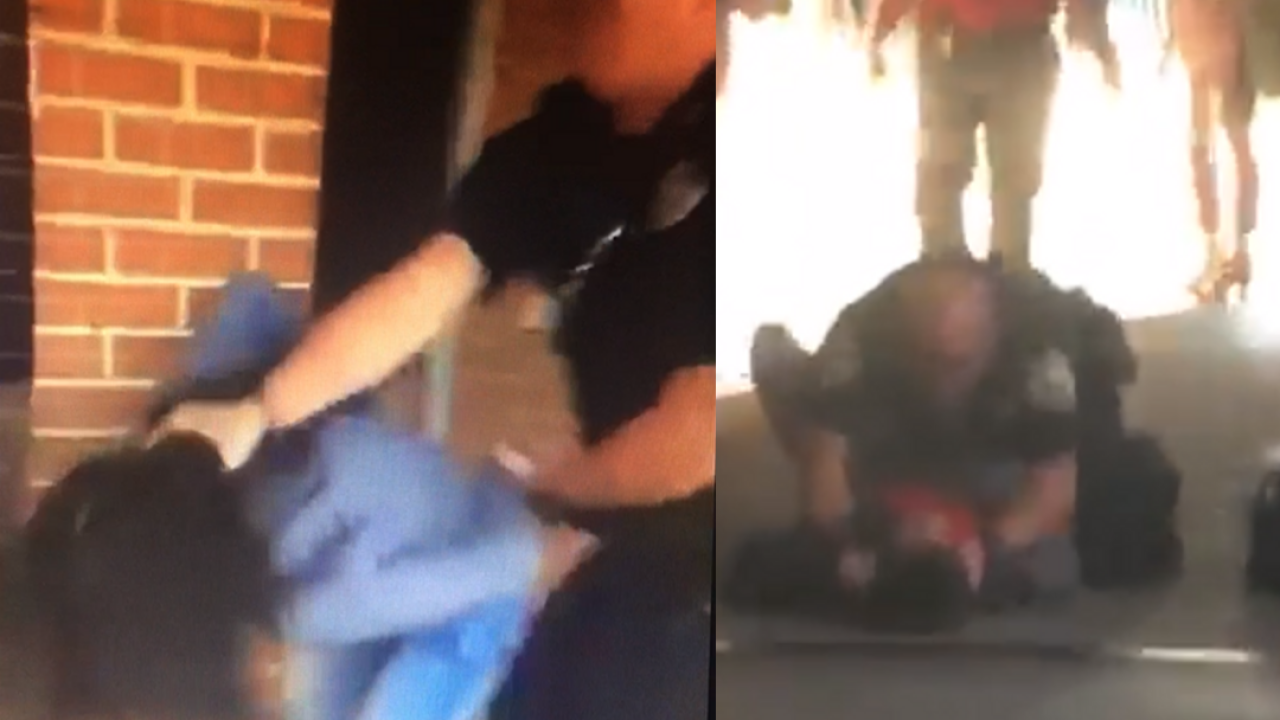 Corpus Christi Independent School District Police Chief Kirby Warnke is standing behind one of his officers involved in two separate altercations involving students at Carroll High School Wednesday morning. Warnke has examined video of the altercations and at this point says the officer followed established procedures.

Carroll High School parent Nancy K. Vela posted video of the incidents on social media Thursday morning. She said her son, who witnessed the incidents, told her the girl being taken into custody in one video had been talking to another girl. As the girls were about to fight, the officer approached.

In the first video, the officer can be seen grabbing a girl by the neck. The video was shared on Facebook by Nancy K. Vela.

KRIS 6 News contacted CCISD Police Chief Kirby Warnke. He confirmed the incidents took place Wednesday. He said that in the first incident, two girls were getting into a fight. The officer separated them and was trying to take one girl to the school's security office. Warnke said the video was recorded just as the officer was trying to get that girl into the office, but she was trying to get away.

Carroll HS mom: I want justice for my child

"There was a fight. An administrator called police. They're engaged in a fight, and that young lady would not stop. She was not following directions."

The second video shows the same officer on top of a male student he is trying to restrain. This incident reportedly happened within a few seconds of the first video. The officer is holding the student on the ground while various staff members watch, and another approaches the two. The video also shows several students walking by as the officer yells, "What are you gonna do? You gonna rumble? I'm gonna put these cuffs on you and you ain't gonna say (expletive)."

"If you don't understand the context -- (the officer's) yelling instructions, but (the student) was not following instructions," Warnke said. "That was an end of the struggle. You don't see any punching. He's using a control technique where he's explaining what he's going to do."

Vela's son told her two boys also were about to fight in the second incident.

Warnke said the officer in the video is still working at Carroll High School, and said he has been told CCISD administrators have talked to parents who have complained after seeing the video.

Meanwhile, Noe Hinojosa identified his 15-year-old daughter as the girl taken into custody in the first incident. When he contacted the KRIS Communications newsroom early this afternoon, he said his daughter had just been attacked by another girl when the video was taken.

"She was defending herself," Hinojosa said. "She's 80 lbs. There's no reason for a 250 lb. man should grab her that way. It's disgusting."

He said his daughter's boyfriend is the boy who was being restrained in the second video clip.

He is outraged by what happened to his daughter on campus Wednesday.

"She came home crying," he said. "She said she couldn't breathe."

Hinojosa said he and his wife plan to file a complaint against the CCISD Police Department this afternoon, and that they are considering legal action.