CCPD to drivers: If you like it, lock it 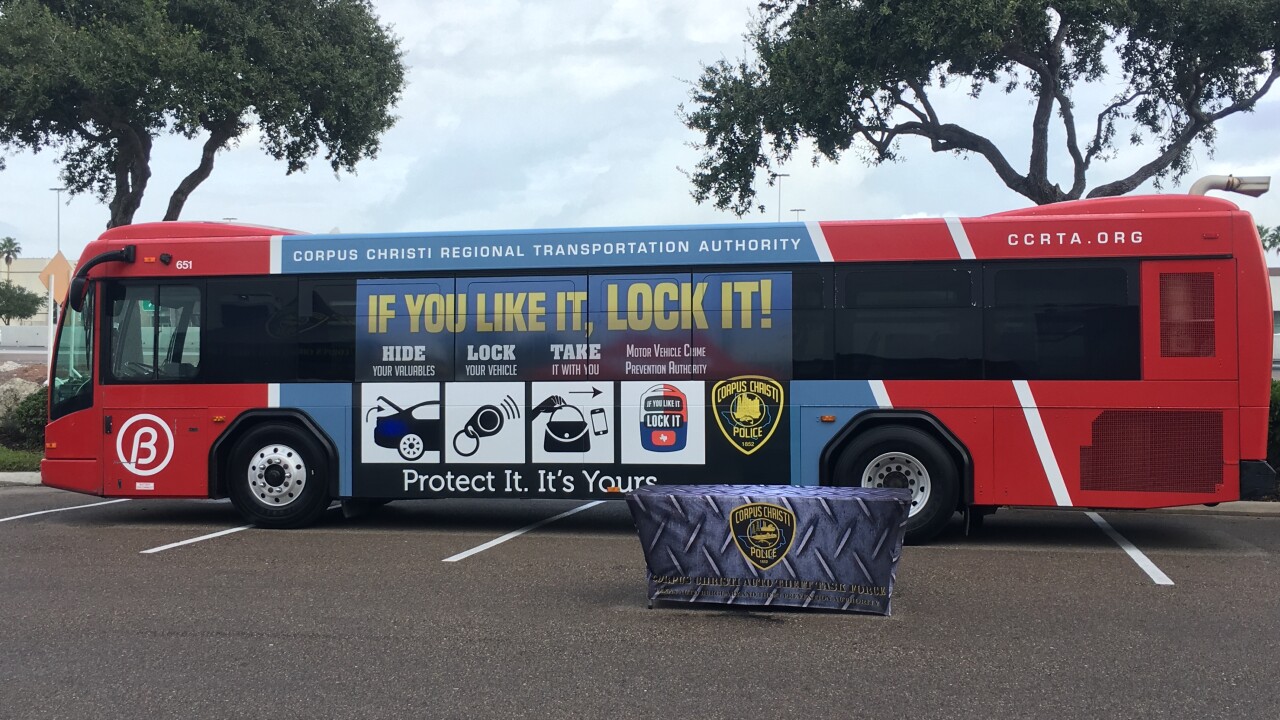 The Corpus Christi Police Department announced its initiative to cut down on the number of auto burglaries and auto theft this holiday season.

During a news conference, the department and the Corpus Christi Regional Transit Authority showed off the new signs that have been placed on some of the RTA buses to remind citizens to hide their valuables or take them with them before locking their car.

The signs state "If you like it, lock it!" That was a phrase that Deputy Chief Billy Breedlove of the Corpus Christi Police Department's Criminal Investigations Division stressed during this morning's news conference at Moore Plaza.

Auto break-ins usually climb during the holiday season and a big concern is an an increase in firearms being stolen from people's cars. Breedlove said those firearms are then used to commit other crimes in our community.

"That's another way as a citizen you can help reduce crime is by keeping firearms out of the wrong hands," Breedlove said.

The Corpus Christi Police Department has found that 75 percent of handguns stolen out of vehicles in Corpus Christi have been taken from cars parked at people's homes.

"So, it's not happening when they're out at a restaurant or out shopping. It's occurring overnight hours where the person lives," Breedlove added.

He's encouraging everyone to come up with a nightly routine to make sure they don't leave anything valuable in their car.

"At 9 p.m., they make sure that your valuables and firearms are taken from the vehicle," Breedlove said. "That they lock their vehicle and lock their doors and just make that a routine every night. If we do that, we should impact the firearms being stolen."

The police department also announced they will place their skywatch towers at various locations across town to target auto thieves and burglars this holiday season.

For a second year in a row, CCPD has partnered with the Insurance Council of Texas and State Farm Insurance for this auto theft prevention holiday initiative.