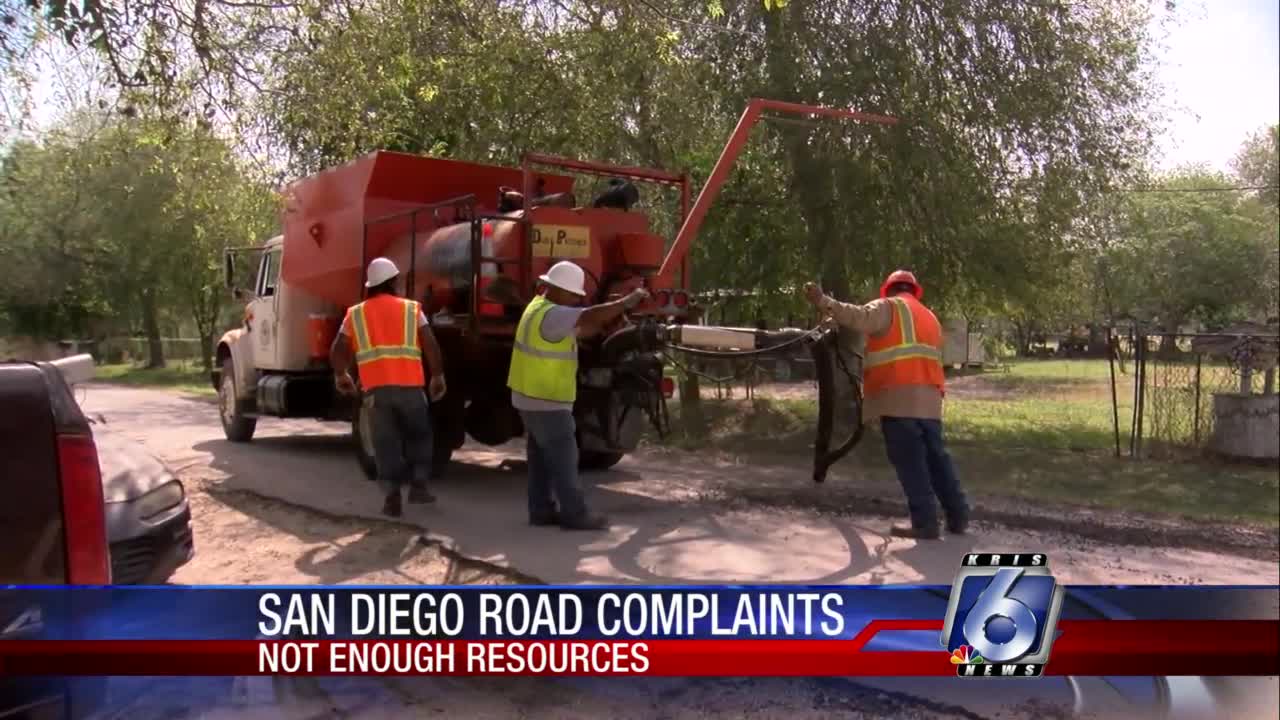 Jim Wells County Commissioners are aware of the complaints but their $922,000 annual budget can only go so far. 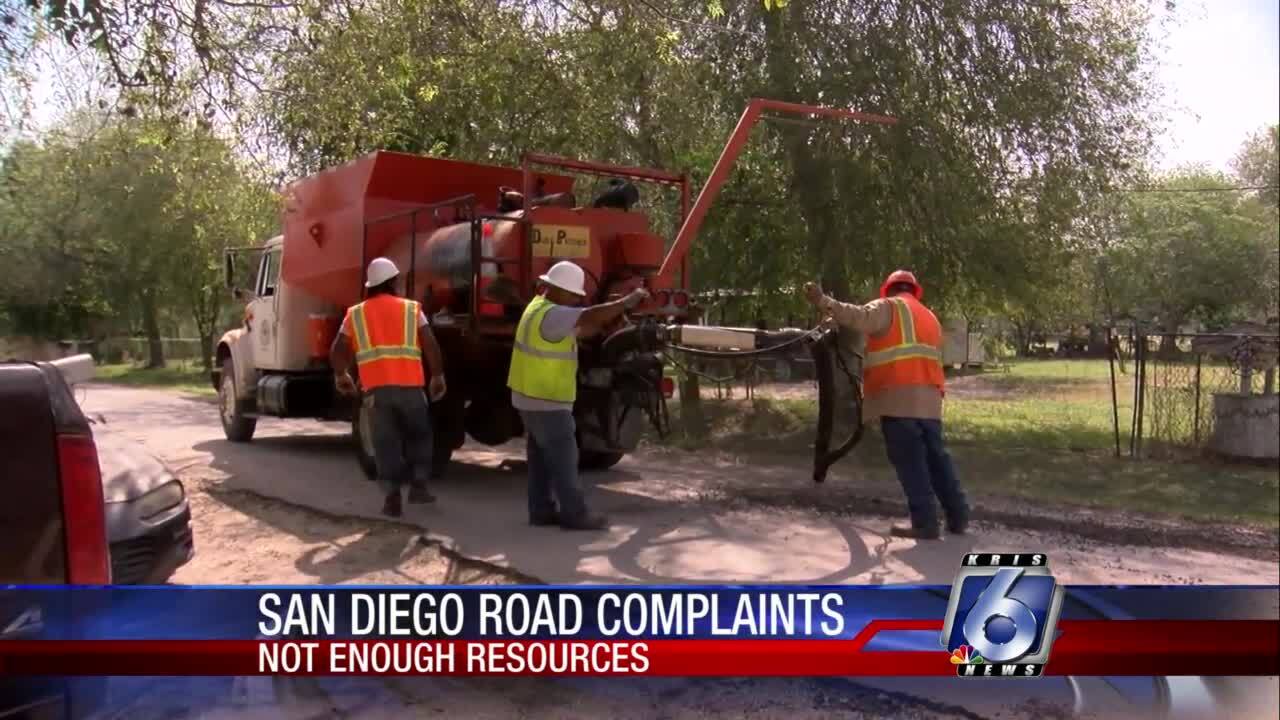 Jim Wells County Commissioners are aware of the complaints but their $922,000 annual budget can only go so far.

There isn't much left over for road work and drainage issues.

There's another problem. The city of San Diego is split between Jim Wells and Duval counties.

"We now share the equipment and I just had it for 6 weeks,” said Jim Wells County Precinct 1 Commissioner Margie H. Gonzalez. “We were only able to do four miles of roadwork. Earlier in the year we did two miles in another area, so we're talking about six miles in a year and I probably won't get it again.”

Jim Wells county commissioners have applied for more than $5 million in grant money to fix the roads.