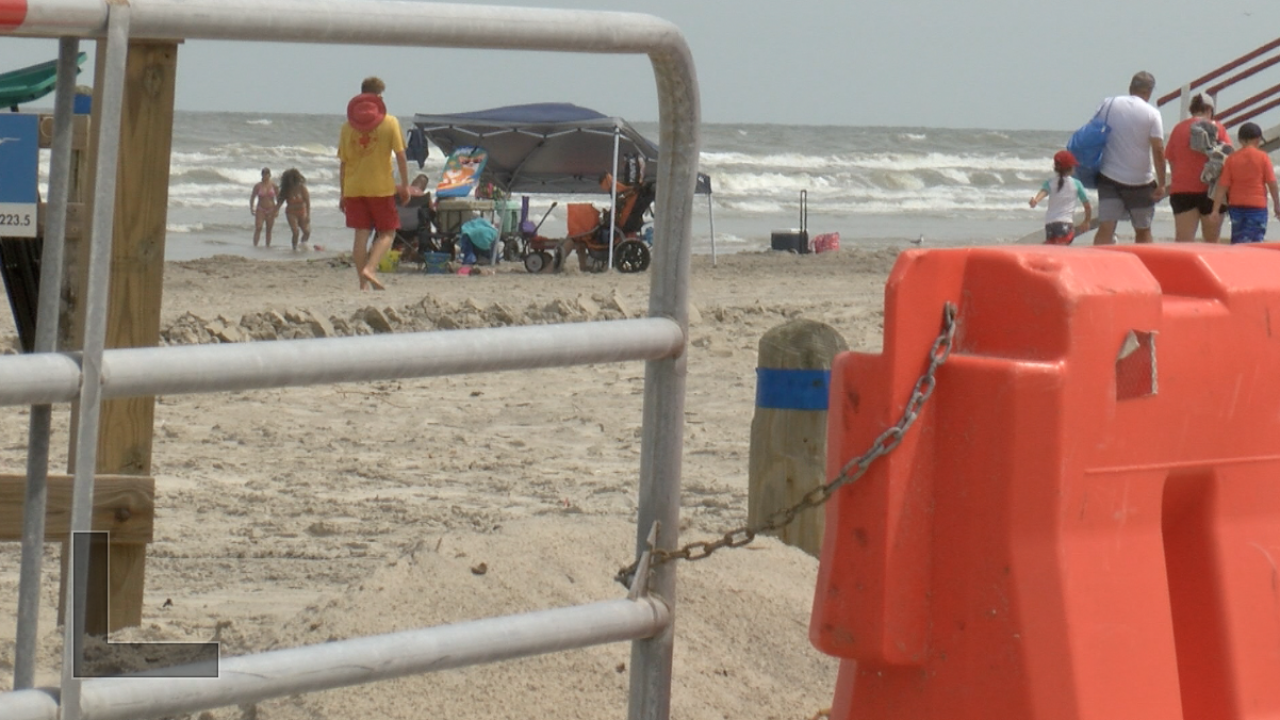 Local beaches saw the most damages from Hurricane Hanna. Not only did the hurricane destroy parts of Bob Hall Pier, the powerful storm surge also triggered beach erosion and scattered storm debris and sand, making many areas like Bob Hall impassable.

However that didn’t stop people from gathering at White Cap beach on Wednesday afternoon. Keep in mind though, under a county order issued by Judge Barbara Canales, vehicles aren’t allowed on the beach until Saturday.

In a news briefing on Wednesday, city Manager Peter Zanoni did say that city beach crews are getting the beaches vehicle-ready for the upcoming weekend. Teams are working to clean up the debris and push the sand back to the dunes to make it drivable again.

“So what we have is a lot of sand on the beach, where normally the drive surface is down lower, and as that sand dries, it’s going to be very difficult to drive through even if you have 4-wheel drive,” said Zanoni.

Zanoni said beach cleanup from Bob Hall to Port Aransas won’t happen overnight. It could take up to two weeks.

“You can see storm debris and all kinds of plastic and wood. I saw all kinds of junk,” said Casarez. “The county and city are doing a good job and picking it up and putting it in sections, which is good.”

Zanoni said if county order is lifted this weekend, only some access roads and beaches will re-open. The city is expected to release more information soon about which of those areas will reopen and when. The access road to Bob Hall Pier will also remain closed until further notice.