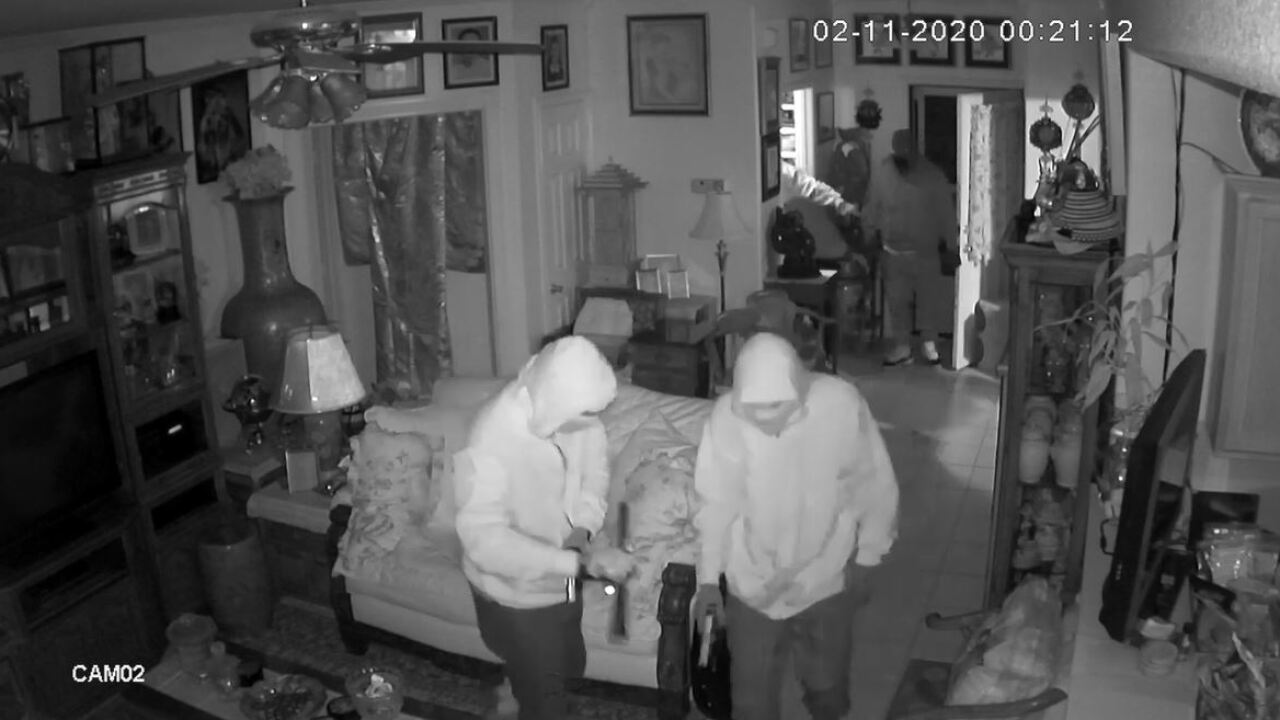 Aransas Pass police are asking for the public's help in identifying five men who were involved in an armed home invasion.

Surveillance video released by the Aransas Pass Police Department shows when the men entered the home and pulled out a gun.

The video shows one of the victims with their hands in the air as more armed men enter the home.

The men in the video are all seen wearing hoodies and covering their faces.

Police say the suspects assaulted two of the residents and tied up everyone inside the home.

The suspects went into a room where they searched for a large sum of money. After getting the money, they fled.

Police say the suspects followed the victim to his house from Corpus Christi.