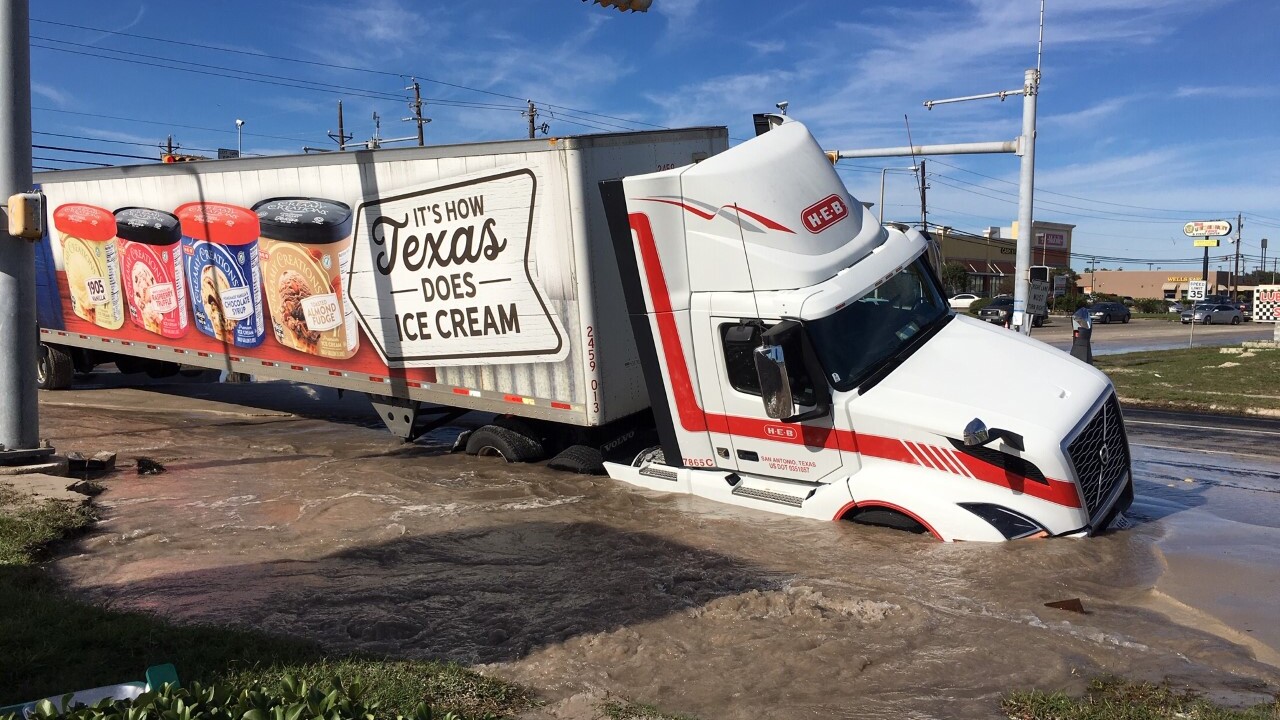 CORPUS CHRISTI, Texas — UPDATE: The H-E-B truck was removed from the sinkhole around 6 pm.

Repairs are expected to be completed and the road opened by tomorrow morning.

Original Story: The city has shut down a portion of Waldron Road to deal with flooding in the area.

According to Corpus Christi police, an unidentified vehicle hit a fire hydrant on Waldon Road and Compton Road. The impact caused a water main to break, sending water spilling onto the roadway.

The break caused some minor flooding in the area.

The water has caused city crews to shut down one northbound lane of Waldron Road until repairs can be made.

According to the city, because of the sinkhole, water has stopped flowing along Waldron Road.

Therefore, HEB Plus does not have water. Management will be bringing in a water tank.

According to Utilities Distribution Superintendent, Michael Olivarez, crews have stopped water flowing on Waldron Road. The H-E-B Plus in Flour Bluff does not have water at this time. He says H-E-B management is bringing a water tanker to that store.