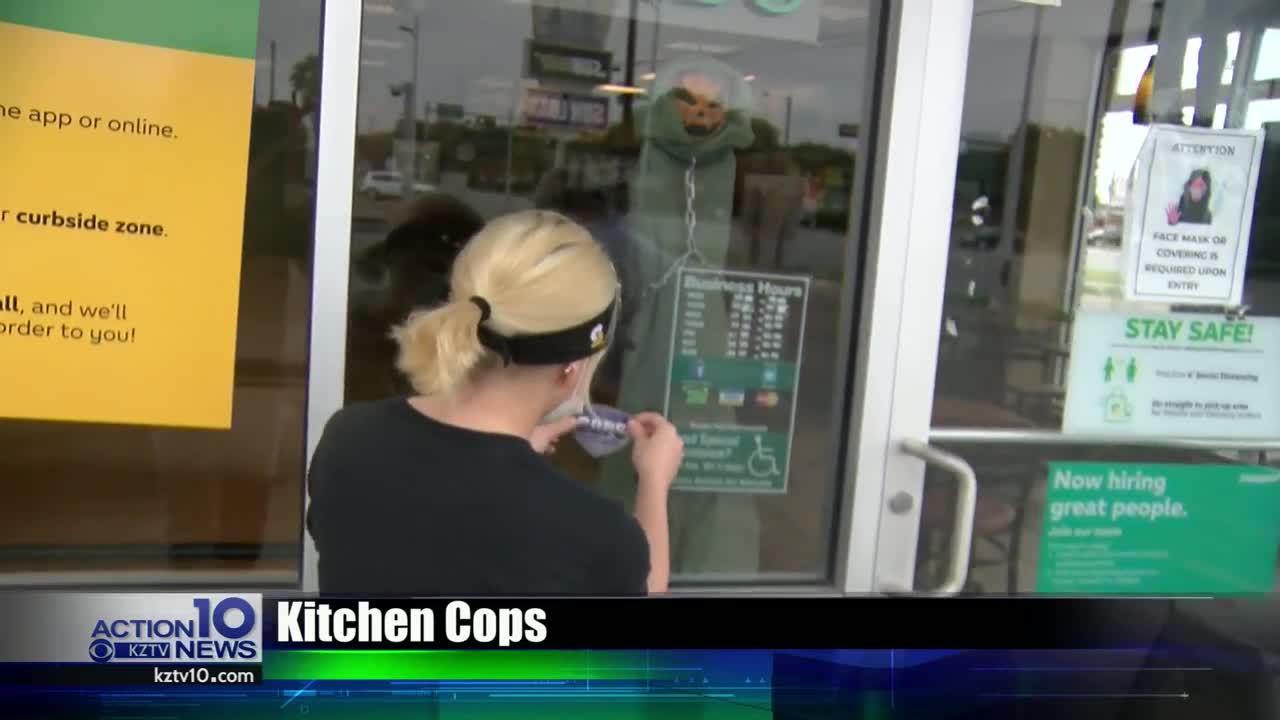 CORPUS CHRISTI, Texas — There are 14 restaurants are on the A list of tonight’s Kitchen Cops report.

That means they earned scores in the 90s from health department inspectors.

This means they’re doing a pretty good job of keeping their businesses clean, safe, and healthy.

B-List
86
Newly named Thai Sticky Rice at 13923 S. Padre Island Dr., formerly the Thai Sun Cafe, now on the Island.
Among the violations, employees need to wear gloves when plating foods.
Employees can’t wear jewelry around food.
And the place needs a current fire permit.
The new owner says he’s doing all he can to make this place better, but he’s having a hard time finding people who want to work.