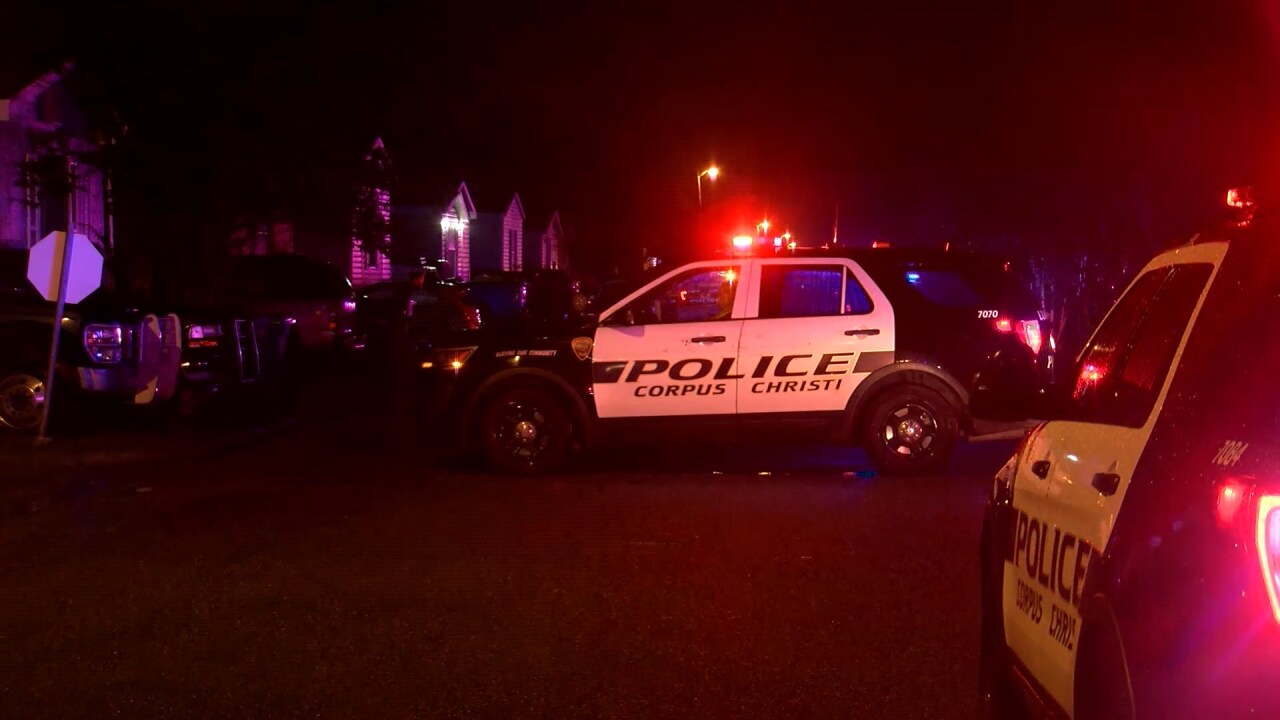 A home invasion suspect is in the hospital, and two Corpus Christi Police officers are on administrative leave, following an early morning home invasion at a Southside mobile home park.

At 3:45 Tuesday morning, officers were called out to the 5900 block of Ayers Street for a disturbance at the Misty Winds Mobile Home Park.

Upon arrival, officers discovered the disturbance was a home invasion.

Officers entered the trailer, where they confronted a suspect.

As officers gave verbal commands, the suspect brandished a firearm.

Two officers then fired at the suspect.

The suspect was taken to a local hospital with life-threatening injuries.

Two occupants were inside the home at the time of the incident, they were not hurt.

Officers say in all, three people were allegedly involved in the home invasion.

All three suspects are currently in custody.

The two officers involved will be placed on administrative leave, as is CCPD policy.

"I do believe that they saved lives tonight. It was a critical incident, and we're going to work through it methodically," said CCPD Chief Mike Markle.

This is a developing story. Stick with KRIS 6 News for updates.