The heat was on for the first day of early voting

The heat was on for the first day of early voting 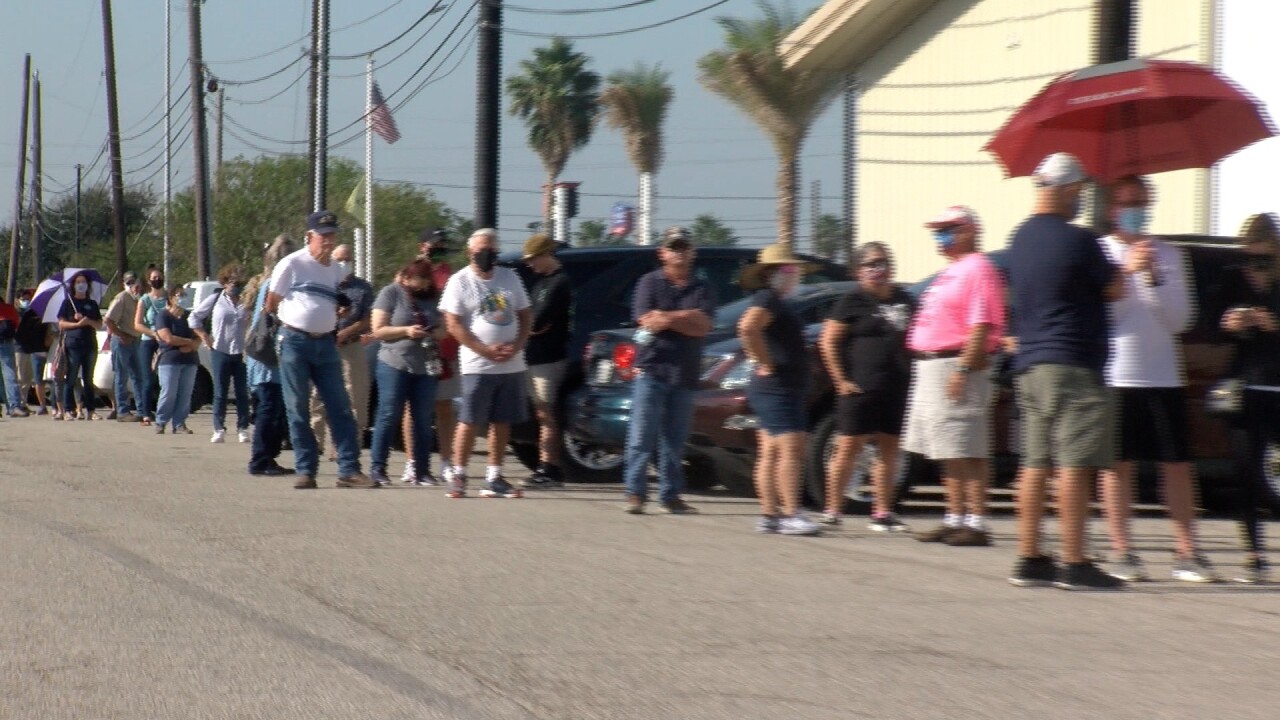 CORPUS CHRISTI, Texas — Tuesday was the first day for early voting in Texas, and some voting locations in Corpus Christi had lines that forced voters to wait for hours.

"I thought when I got here at 8 (a.m.) it wouldn't be so bad, but I was way back in the back," said Arnold Espinosa, who waited three hours to cast his vote at the Deaf & Hard of Hearing Center in Corpus Christi. "So it's been a long wait, but it's worth it.”

Espinosa was not the only one who braved the hot temperatures and long lines to cast a vote. Ame Ferguson and Tracie Brewer also waited in line.

"I'd crawl over broken glass to be here,” Ferguson said. “We're not worried about (the line). We literally have the day off to do this.”

“We came with nothing but our patriotic duty, that's all we need,” Brewer added. “We're survivors; we'll be okay.”

Some people came prepared, with umbrellas or their own chairs.

Some passed the time by listening to music, chatting with others in line, or scrolling through social media.

Everyone in line was there for the same reason: to be able to cast their vote.

“Whatever it takes, I’ve got to make sure I get my vote in,” Espinosa said.

“This election is very, very, very important to me and I felt that I just needed to get it done the first day, because I don't think I could wait until November,” said Laurette Escobar.

Escobar spent some of her time in line preparing for her vote, and recommends others do the same.

"I took a look at my ballot that pertains to my area, and I wrote down all my picks, so that way I don't take so long at the actual ballot box,” she said.

Early voting continues through Oct. 30. For a list of voting locations, check out the KRIS 6 News voting guide.