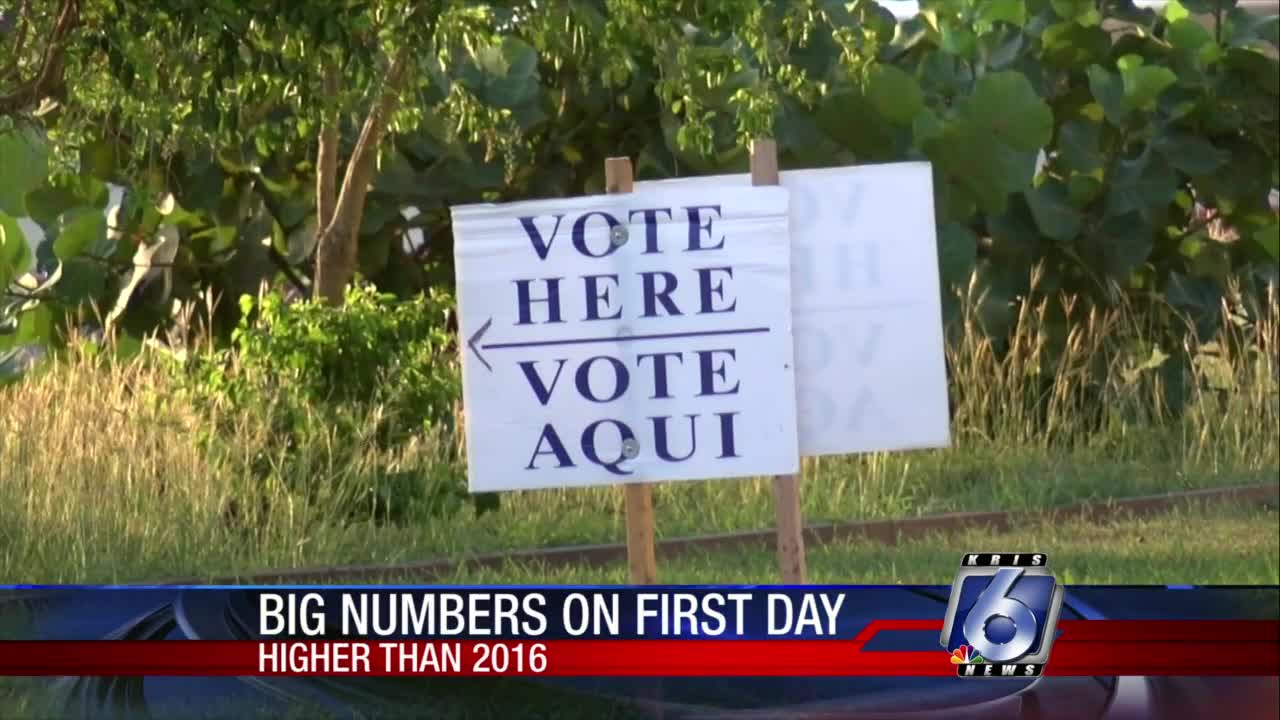 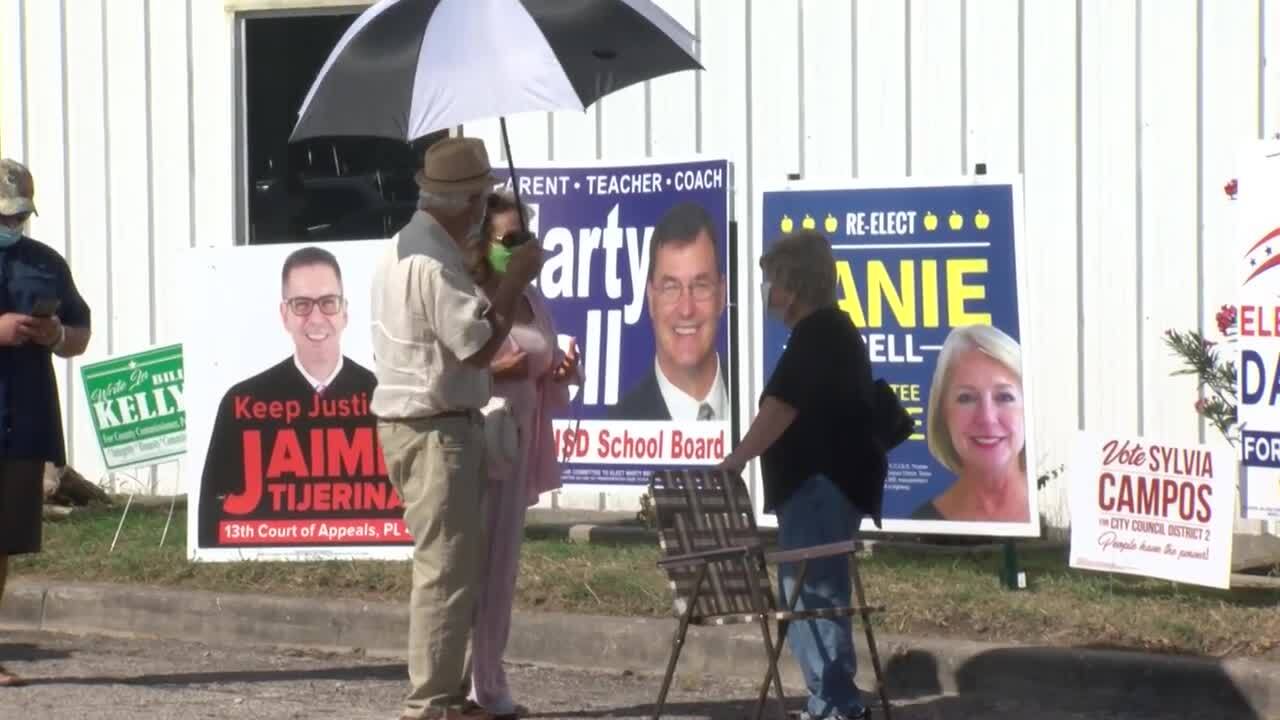 Veterans Memorial saw 616 voters Tuesday, while the Deaf and Hard of Hearing Center logged 595, most waiting outside to vote in Tuesday's heat that reached 92 degrees.

KRIS 6 News political analyst David Smith doesn't expect this trend to hold throughout the early voting season, which ends Oct. 30, but does believe this early voting season will be a bigger draw for voters than any other in recent history based on the increase in voters at individual voting places, among other things.

Patrick Johnstone has more tonight on KRIS 6 at 5 p.m.