UIL will require face coverings for athletes when they arrive, leave practice 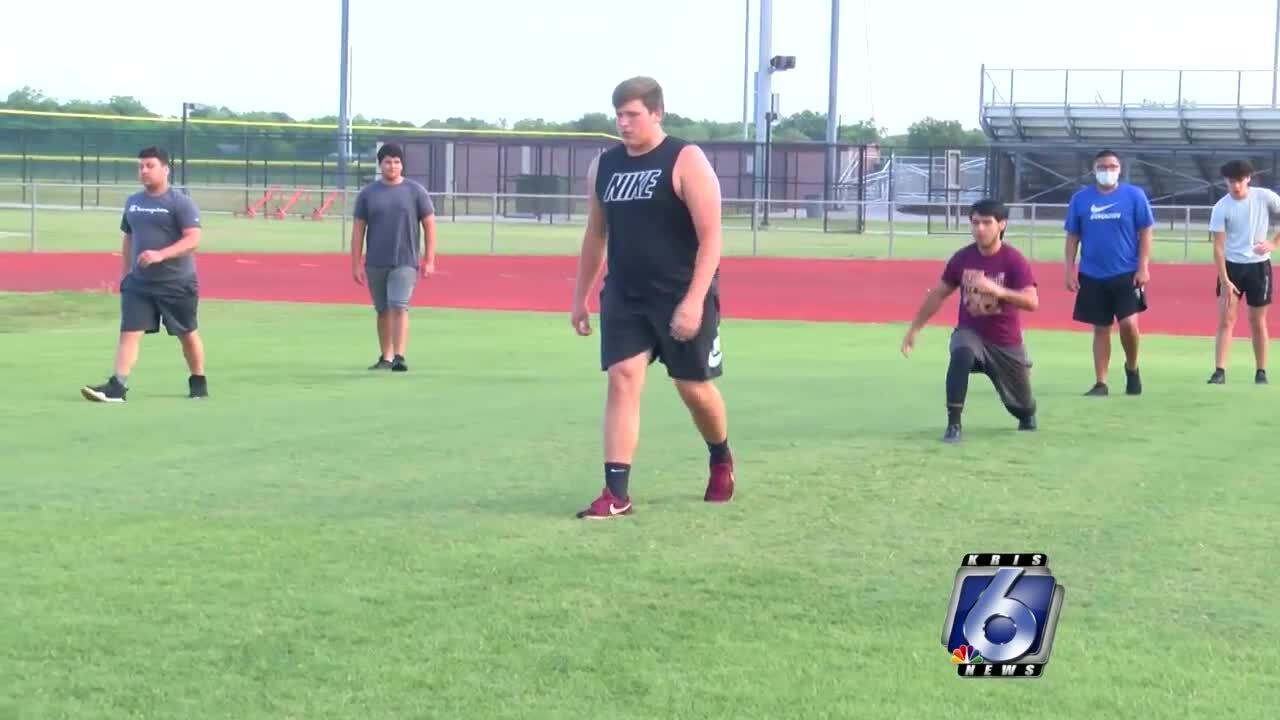 KRIS file photo.
The UIL has announced that face coverings will be required for those working out who are at least 10 years old.

The University Interscholastic League has updated its summer workout guidelines for strength and conditioning work which will require mask wearing for every participant over the age of 10 years old.

The organization said on its website that the requirement for wearing masks - which previously was not mandatory - was one of several changes the UIL made for skill-specific and strength and conditioning workouts during the pandemic.

All Texas schools affiliated with the UIL must require students, staff and visitors to wear face coverings upon arrival and exit and in practice areas when not actively exercising, the UIL said.

The face coverings may be removed when participants are actively exercising if they maintain at least six feet of distancing between other students and staff who are not covering their faces.

Exceptions for wearing a face mask include any person with a medical condition or disability that prevents wearing a face covering, while someone is consuming food or drink, and when a group can maintain six feet of distance among members.

The UIL has also announced that students can have access to locker rooms and shower areas. They will also allow drills that involve offense versus defense beginning on July 13.

The guidance “is in effect immediately until the first day of instruction or the start of in-season activities, whichever is earlier,” the UIL wrote.

On July 1, the UIL recommended its schools consider closing workings from July 3-12 in response to the July 4 holiday weekend and "the potential for increased social interactions that could spread COVID-19."

A day later, Gov. Greg Abbott ordered Texans to wear face masks in public and gave local officials the power to restrict outdoor gatherings with more than 10 people across the state.

Since summer workouts began on June 8, at least 215 schools have suspended their athletic operations because of positive COVID tests among participants or because of the spike in pandemic rates across Texas, the Dallas Morning News reported.

Most schools remain committed to resuming workouts on July 13 with the potential of starting fall practices beginning in early August.