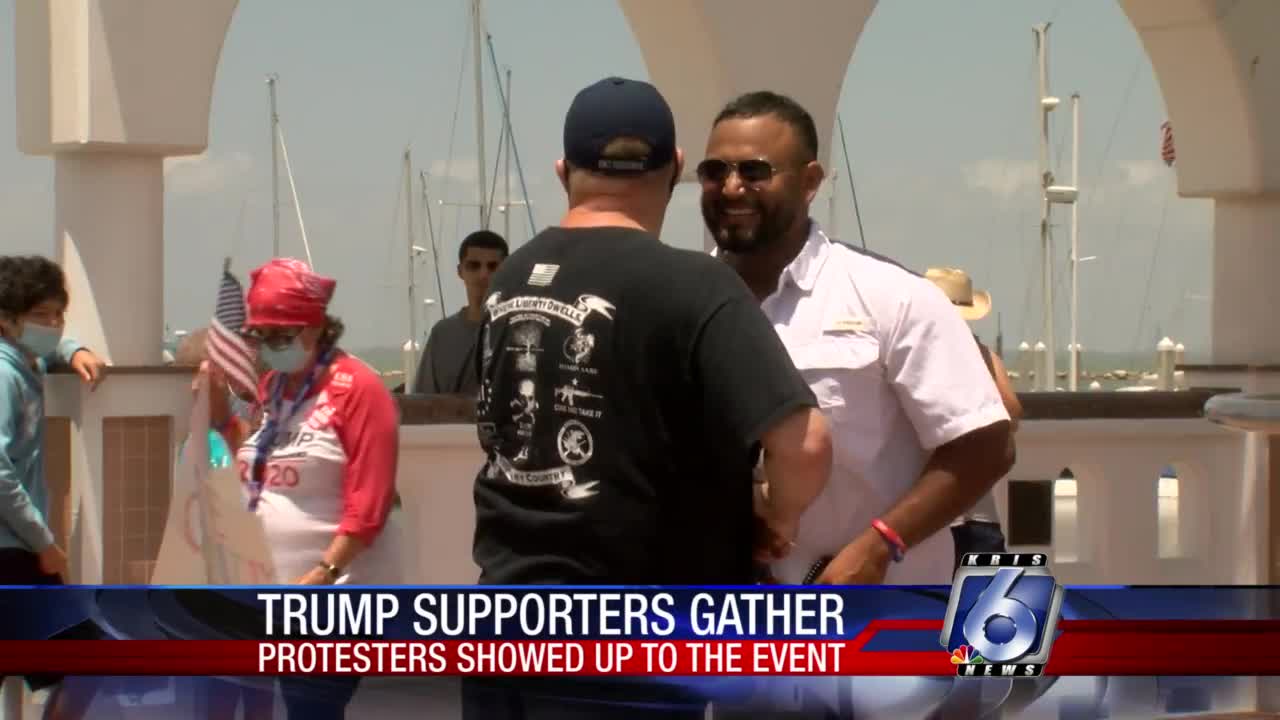 With the increased numbers of COVID-19, the city rejected a permit for the “Trump Supporter Gathering” today at the Selena statue.

Under the latest governor’s order, Texas doesn’t allow for groups of more than 10 to gather.

Despite a rise in coronavirus cases in the area and having their permit to gather denied, supporters of President Donald Trump still came together at the iconic Selena statue.

“I am here to show my support for Donald Trump and these guys that are out here,” said Trump supporter Roger Davidson.

“Selena growing up...I mean, she was my idol, even today. My children, my kids know who she is. Her legacy lives on through our Hispanic culture. So it is okay for us; we are not forgetting our roots by supporting our President because he has done so much for our community. Selena is a part of us, and Selena was for everybody,” said Trump supporter Michelle.

This rally was to support Republican Joe Michael Perez who is running for mayor.

“We are here in front of the statue. Selena is a representation of the Hispanic community. So we are here today to deliver that message, to keep that message strong, and that we are not going to be silent no more,” said Mayoral candidate Joe Michael Perez

While Trump supporters were out in full force, another local activist group organized a protest to the rally.

“Let's get out there and say, ‘hey you guys are wrong, you are wrong for that, you are wrong for labeling Selena as a Trump supporter.’ I know Selena would not want that. Selena loved Hispanics; she loved the entire community. We are not made up of racism; we are supposed to love each other,” said Chair of the Nueces County Tejano Democrats Laura Estrada

“Why take a deceased person and do this kind of thing? That is what is most disgusting and tasteless. I don't know what got them to get there, but it is sickening, and that is our queen from Corpus Christi, Texas music world, “ said protester Jose Altamirano.

While the gathering was somewhat peaceful, Selena's family is threatening to sue Perez for allegedly using Selena’s image for profit.

KRIS 6 News reached out to the Quintanilla family and their lawyer and have not heard back from them for comment.