Pandemic throwing kickers for a loop in preseason training 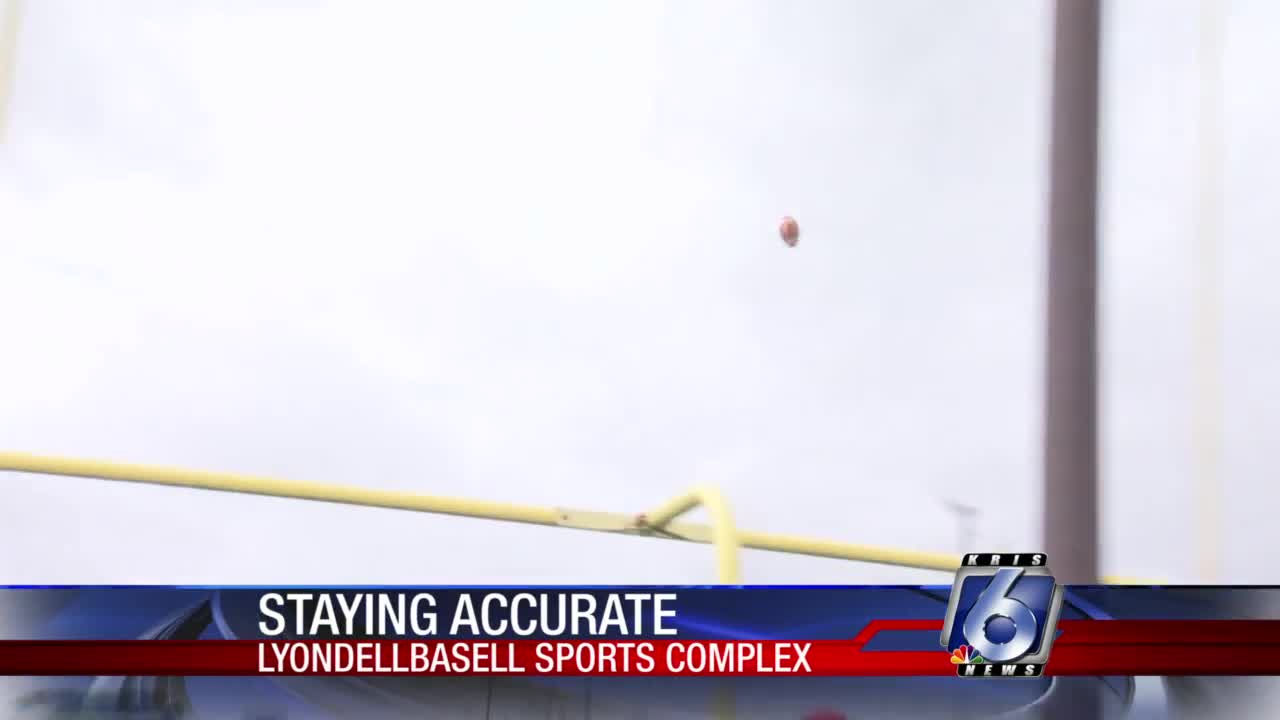 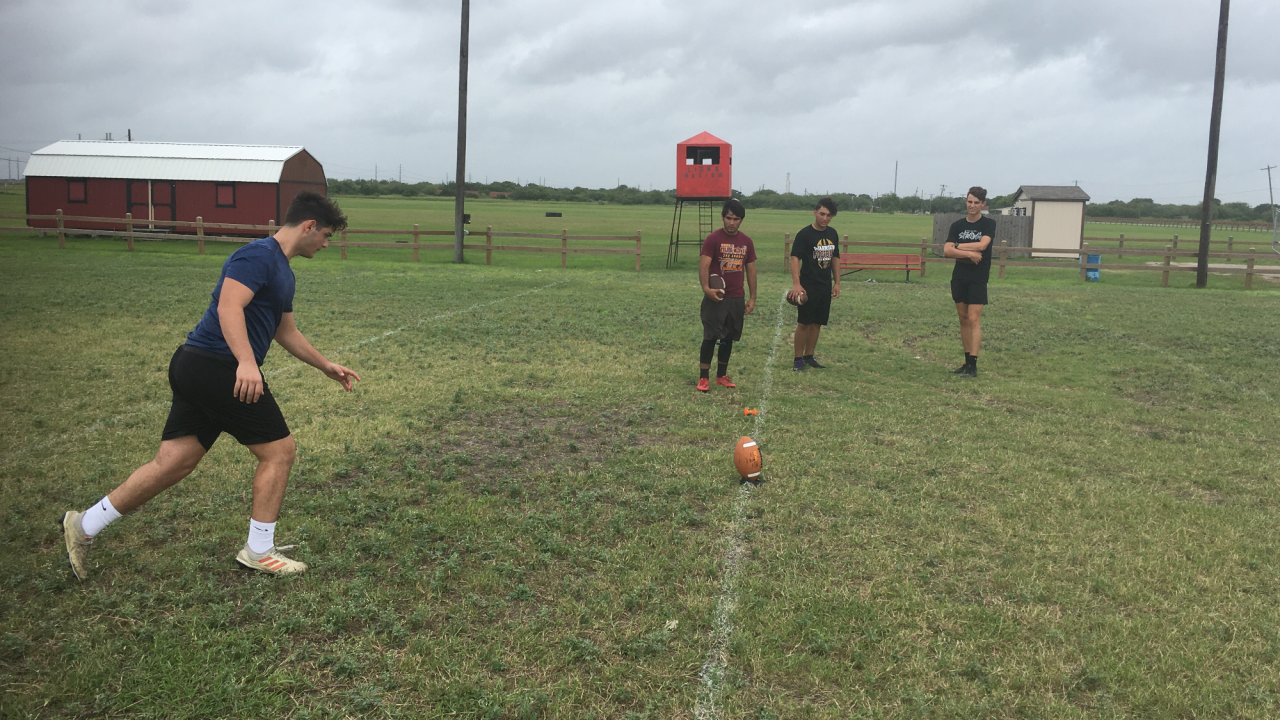 With the majority of area school facilities closed due to COVID-19, many high school athletes are having to make due on their own when it comes to staying in shape.

Just finding enough place to work is a challenge.

"It has been hard to find a place to workout because everywhere is closed,” Tuloso-Midway running back/linebacker Alan Rodriguez said. “And like the gym, it’s scary and so many people go there. It’s just risky.”

Rodriguez plays running back and linebacker for the Warriors. But on this day, he’s shagging footballs for his brother, Angel, who is learning on his own to be a kicker with hopes of joining the team this fall.

“I just try kicking here and there,” Angel Rodriguez said. “I know there's a lot I need to work on, but mainly I just try to get better and hopefully get a scholarship.”

Finding room for kickers to practice away from school is difficult. So Angel Rodriguez and other kickers need wide-open areas to practice kicking that can be hard to find sometimes.

If they can locate a park with goal posts, that's a huge bonus like at the LyondellBasell Sports Complex in Annavile.

"Usually it's just aiming for something in the middle of a field but now that we have this field to kick on it's pretty nice,” Callallen kicker Collin Kieschnick said.

Other kickers are gravitating to the area as well.

"Whenever you're kicking you are basically by yourself and you have to make sure you have everything right,” Ray kicker Emmanuel Maragakis said. “This place is pretty nice because they have goal posts. But usually when I try to go and practice I am just aiming a specific spot."

So it's about maintaining good form and that comes with much practice. Both Kieschnick and Rodriguez were drilling kicks from more than 50 yards, which has got to make their coaches happy.

Keep an eye on these young men. They could make a big difference for their teams during this coming season.