Area coaches, players happy for late season than none at all 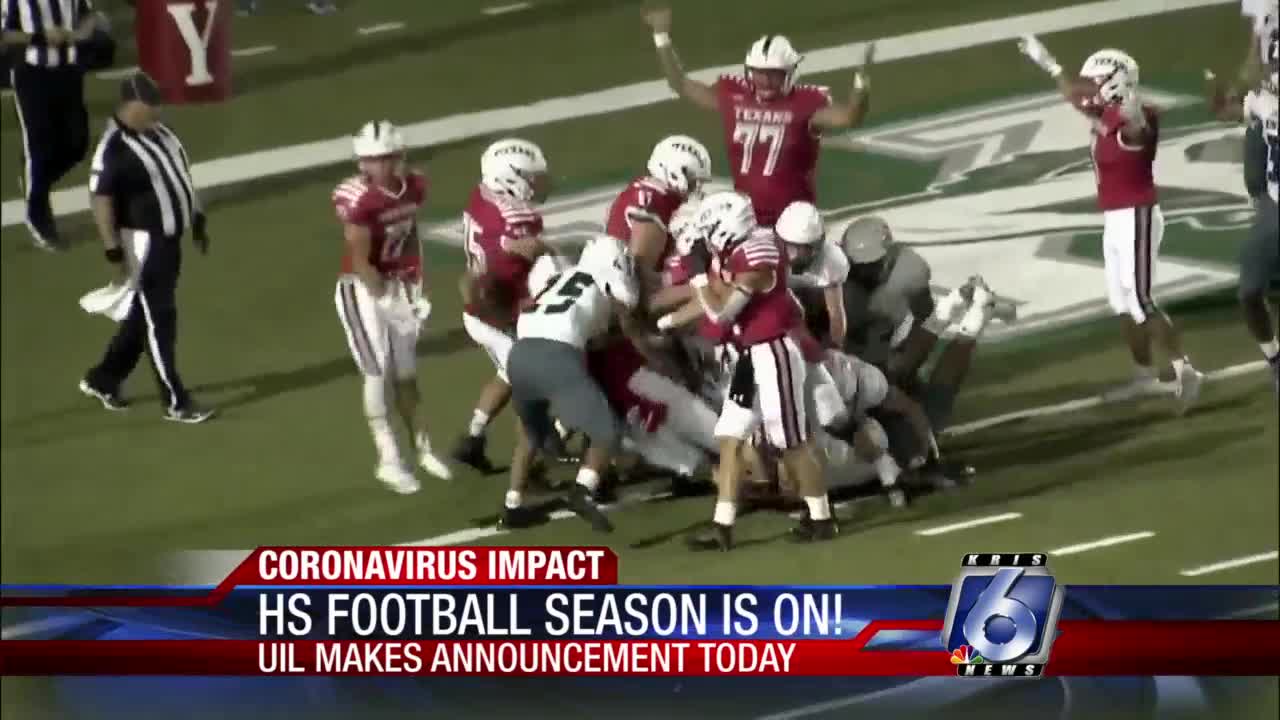 The University Interscholastic League will have a high school football season. 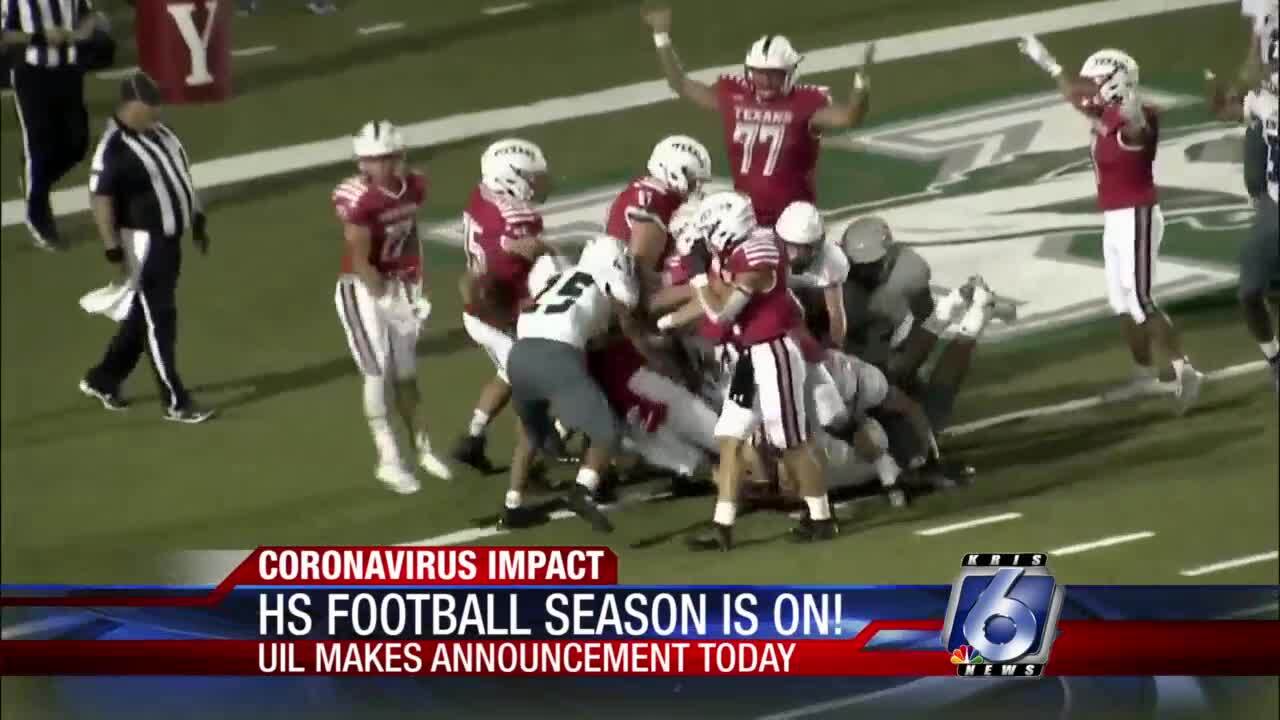 The University Interscholastic League will have a high school football season.

But it will have a few adjustments.

So after being on pins and needles for several weeks, coaches and players now know there will be a football season. There’s tons of excitement around South Texas as they can't wait to get started

"I kept the faith all the way around, hard work all the way through,” Calallen lineman Brody Ford said. “I am pretty sure everyone else was too and I am glad to hear we are having a football season and it's an amazing feeling.”

Veteran Calallen football coach Phil Danaher was convinced that the UIL would find a way to have a football season.

“We are Texas,” Danaher said. “You can't give up football in Texas. High school football is very important to everybody.”

The UIL has adjusted the start of the season based on school classification. Class 4A schools and below will start on time with games beginning in late August.

And Class 5A schools will have to wait an extra month. Their games will begin in late September which means coaches now are scrambling to re-do their schedules since many Class 4A and 5A schools were set to play each other in non-district games.

“The good thing about this situation is we just call each other up and see who wants to play,” Miller coach Justen Evans said. “And in a normal situation that may not be ideal we want our kids every opportunity to play.”

With so many schools facing the same questions, Ray coach Craig Charlton said he is determined to fill his schedule with games closer to home.

"There's a lot of teams in the same boat we are, so it's going to be a function of us trying to find as close to games we can,” Ray coach Craig Charlton said. “So we are not traveling, especially during this pandemic.”

The delay for Class 5A schools has caused the UIL to push their state championships at that level to late January.