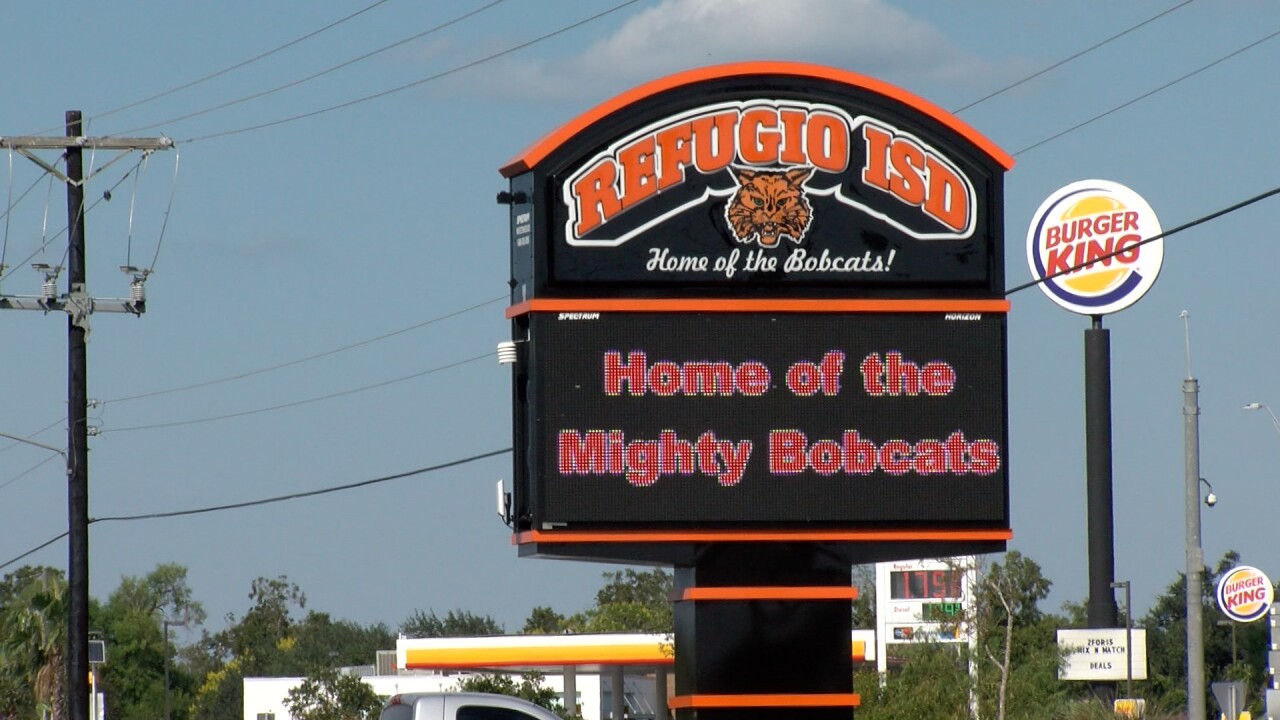 Starting Oct. 19, Refugio Independent School District will no longer be allowing remote learning as an alternative to in-person learning, the district announced Friday.

Remote learning will only be available to students who have tested positive for COVID-19, or those who are quarantining.

If families do not want their children to participate in face-to-face learning, their choices are either homeschooling, or transferring to a district that offers virtual learning.

Her son will continue to be enrolled in face-to-face learning, but her daughter has a compromised immune system, and will be transitioning to homeschooling.

While Henderson understands the district’s decision, she is frustrated that it left her no choice.

“I understand they’ve got to do what’s the best for the majority of the children, but for one of my kids that is not the safest,” she said. “For one of my children, I totally support it. I wouldn’t have an issue with it if I only had that one child in school, but I do have two, and I do have one that is compromised. I feel like my hands are tied with her, and I don’t have a choice but to take her out of the school district.”

Henderson’s daughter is a senior, so she is not worried about her falling behind in her classes, because she can do her work on her own. For younger children, that may not be the case.

“For students who have a compromised immune system that are in second or third grade, that’s going to be a big adjustment,” she said.

Henderson said she chose homeschooling over transferring for multiple reasons; her children have been in Refugio ISD their whole lives, her daughter did not want to transfer to a “rival” school, but most importantly, they didn’t want to be put in the same situation down the road.

“Who’s to say another school district isn’t going to follow with the same rules, and then I’ll be in the same boat again?” Henderson said.

When reached out to for comment, Refugio ISD said superintendent Melissa Gonzales was unavailable for comment, and referred KRIS to Friday’s statement.