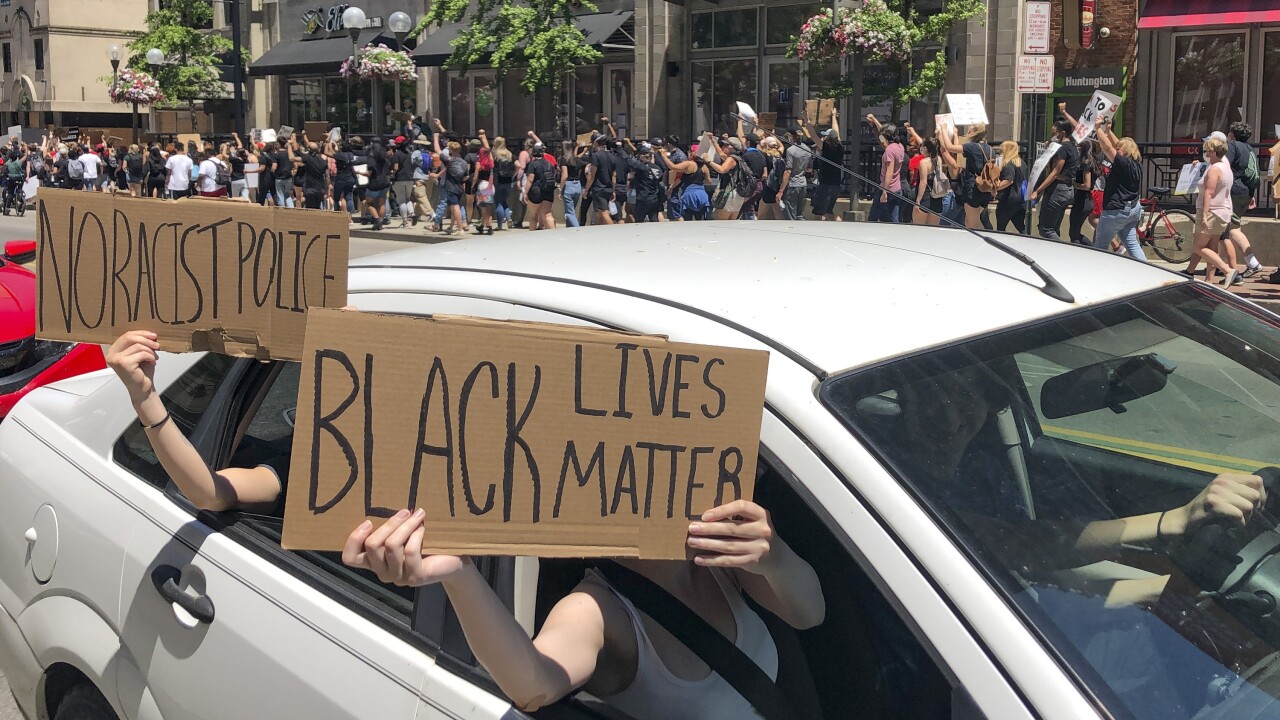 Copyright 2020 The Associated Press. All rights reserved
Andrew Welsh Huggins/AP
Car passengers show their support for people staging a protest march on Tuesday, June 2, 2020, in Columbus, Ohio. Several hundred people gathered at the Statehouse, with some then splitting up for another march north to the campus of Ohio State University protesting the death of George Floyd, who died after being restrained by Minneapolis police officers on Memorial Day, May 25. (AP Photo/Andrew Welsh-Huggins)

Workers at a restaurant in Ohio refused to complete a catering order for troopers from the Ohio State Highway Patrol amid civil unrest over the death of George Floyd.

The restaurant chain, Condado Tacos, closed its Columbus-area locations on Tuesday after workers accused the restaurant of firing them for not completing the order. Columbus has had its share of unrest since Thursday night, when protesters broke out the windows to a number of downtown businesses and government buildings.

According to the restaurant, one of its restaurants received a catering order that was placed by the Ohio Highway Patrol, with a number of workers refusing to fulfill the order. The restaurant said that management communicated that workers who were uncomfortable with completing the order did not have to work on the order.

The restaurant said that a few employees chose not to finish their shifts, and that no one will lose their jobs as a result of Monday’s incident.

“Condado was built as a place for everyone, without judgment or fear,” the restaurant said in a statement. “A place where originality and being unique are embraced. We are also a family that cares for and about each other. From the first day we opened our doors, we have included all people as employees and as guests in the Condado world. We want to be clear that we stand against racism – always have and always will.”

The decision to close on Tuesday affected six locations. It is unclear when the restaurants will reopen.

An employee told WSYX-TV said the his coworkers “drew a line in the sand” after being told they would be fired if they walked out.

“It was pretty clear where the situation was going in so I just didn’t feel it was right to stick around, they kind of drew their line in the sand I think," said Jake Widdowson, a Condado Tacos employee, told WSYX.