Buffalo police officer leads protesters in 'We Shall Overcome' hymn

Buffalo police officer leads protesters in 'We Shall Overcome' hymn 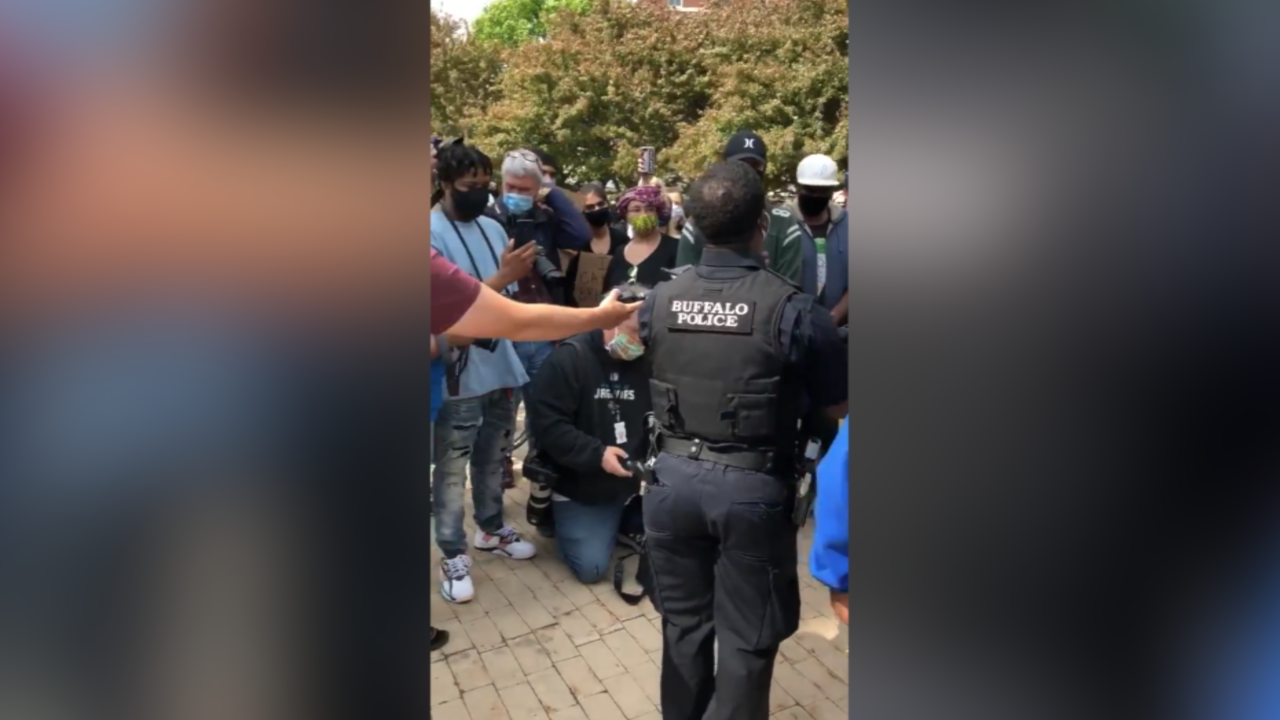 BUFFALO, N.Y. – A powerful moment was caught on camera at an upstate New York protest.

Officer Armonde “Moe” Badger with the Buffalo Police Department led protesters in the hymn, “We Shall Overcome” on Tuesday.

In a video of Badger’s performance, you can see protesters gathered around the officer and singing along.

Badger is one of department’s two “singing cops” who use their vocal prowess for community outreach throughout the city.

The officer’s gesture comes at a time of volatility between law enforcement and demonstrators following the death of George Floyd in Minneapolis.

Floyd died in police custody on Memorial Day after a police officer pressed his knee against the 46-year-old's neck for several minutes, even as the man said, “I can’t breathe.”

That officer, Derek Chauvin, and three others involved have been fired. And, Chauvin has been charged with Floyd’s murder, but the other cops have not been arrested.

Since Floyd’s death, people across the world have taken to the streets to demand justice and to call for an end to systemic racism within law enforcement.