Here's who has the lowest prices on pet food 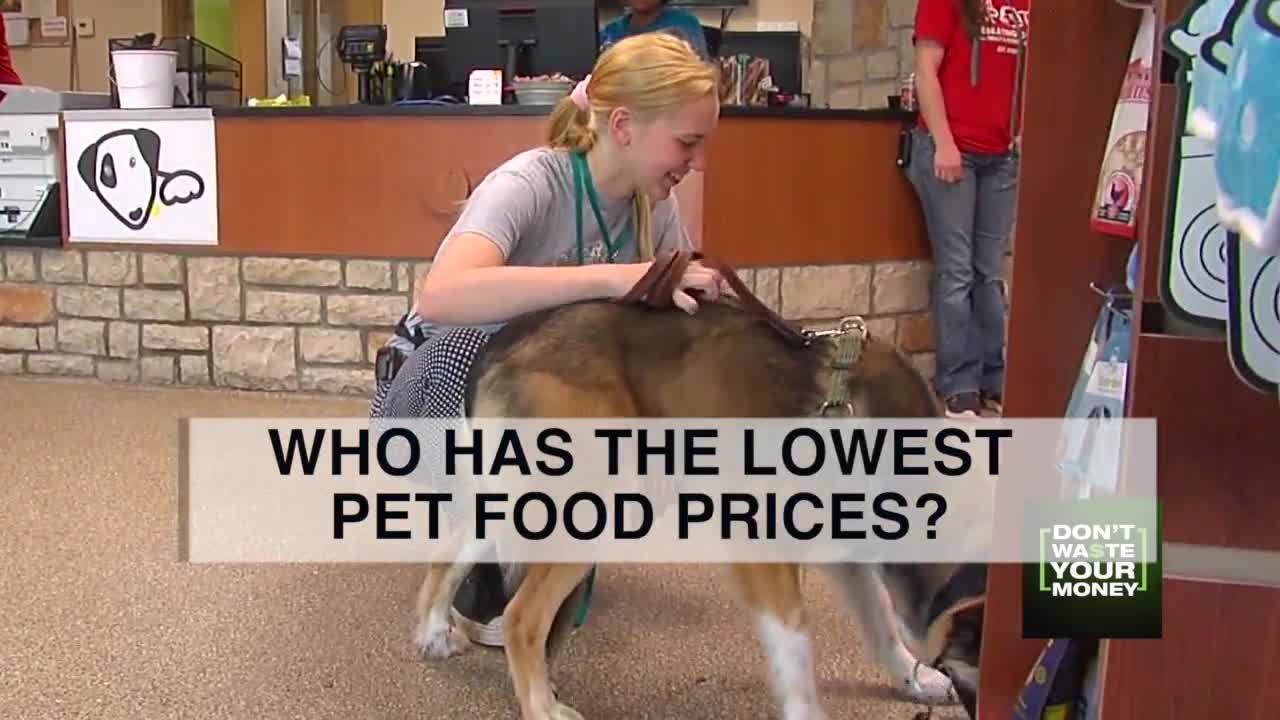 Pet food is getting more and more expensive each year -- and if you have multiple pets you can multiply those costs, paying more than a hundred dollars a month.

Jeannette Burdsall is a dog lover who manages a dog grooming and boarding center.

Talk about a great job -- she gets to bring her dog Ancamora to work with her -- but the shepherd mix is one hungry dog.

"She eats about four cups a day," Burdsall said. "I spend at least $50 a month on a big bag of food, and that will last me two to three weeks, so then I have to buy more."

So she was interested in a new survey by the nonprofit Consumers Checkbook , that recently compared prices of 11 popular brands of dog and cat food.

Brands included Purina, Iams, Eukanuba and Blue Buffalo, among others.

The survey found the following stores had the best prices on major brands:

If you were wondering about how Costco fares, it mostly sells its own brands, so was not part of the study. Nor was Kroger, the nation's largest supermarket chain.

Buying your pet food online is convenient, because you don't have to haul heavy bags to your car, and you can even set up recurring auto-shipment programs.

But the survey found that online pet food isn't necessarily the cheapest:

Burdsall says she'll do some comparison shopping, because she doesn't want to skimp on quality.

The survey says one way to save an extra 5% to 10% is to order online at Petco or PetSmart, and have your order shipped to the store.

That way, you don't waste your money.