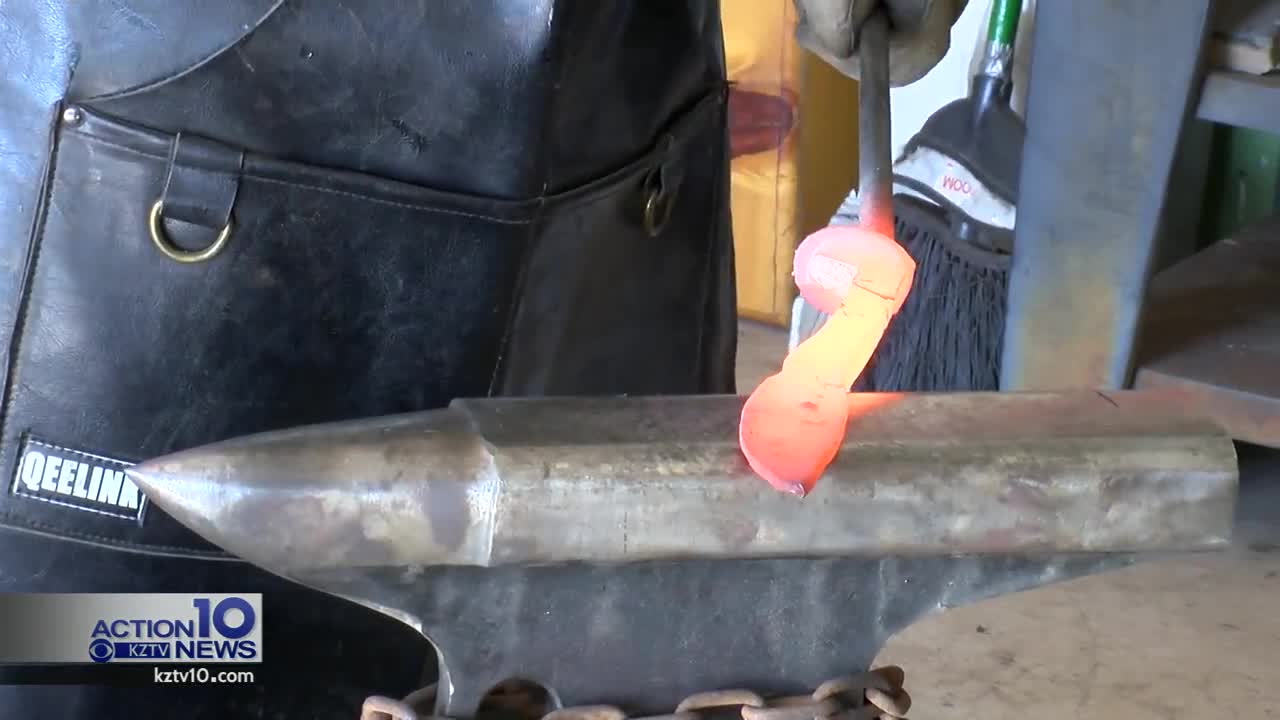 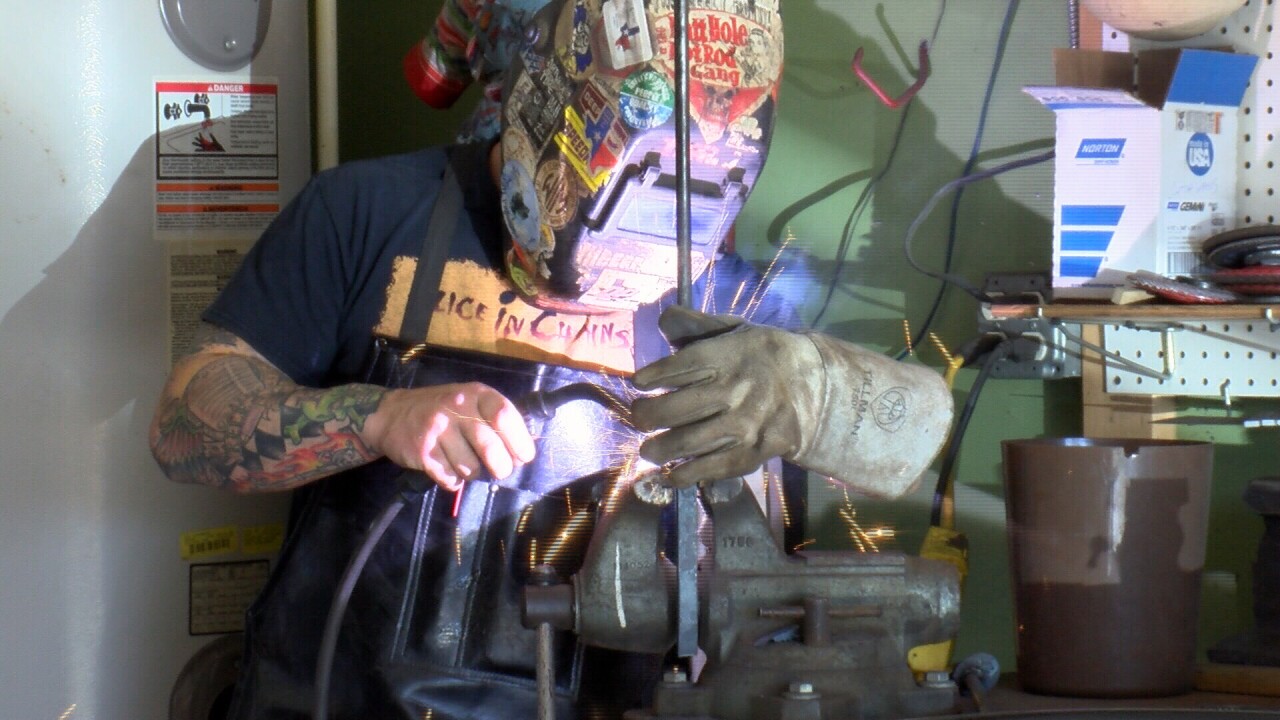 CORPUS CHRISTI, Texas — His maker's mark is "Mickey's Metal" with two M's atop a small anvil.

For Mickey Allen, a welder from Orange Grove, it's his way of making ends meet after losing his job in October.

He said at first, it was just a hobby to keep him busy.

But after posting a picture on his Facebook page, his work made its rounds on the internet.

"Surprisingly, I had an order out of California, order of out of Delaware, Georgia, Florida," he said."It's pretty surprising, but it's getting out there."

Allen uses railroad spikes and forges them into custom knives.

"Before I knew it my inbox was blowing up with people asking if I can make something for them," he said.

He plans to use this time sharpening his skills because he hopes to be able to compete nationally, on the History Channel's reality show "Forged in Fire." It's a competition with bladesmiths from across the country going toe-to-toe with different blade-forging challenges.

"I started watching it and just kind of became obsessed with it," he said. "I already had in my mind that I wanted to try this kind of work and when I saw the guys on there -- just average Joes -- getting a chance at it, I figured, I think I can probably do this."

He said he can already complete the show's first challenge in under two hours. He said he hopes to be on the show within a year.

"I don't want to get in over my head too soon," Allen said. "I don't want to get on there and set myself up for failure. I know for sure I can do the first challenge. I've timed myself on how long it takes me to make a knife -- start to finish -- to where it's a functioning knife technically."

He said he no longer feels "so under the hammer" now that he is in charge of his own business.

"I have some freedom to be creative and put food on the table," he said.

You can visit "Mickey's Metal" on Facebook by CLICKING HERE.