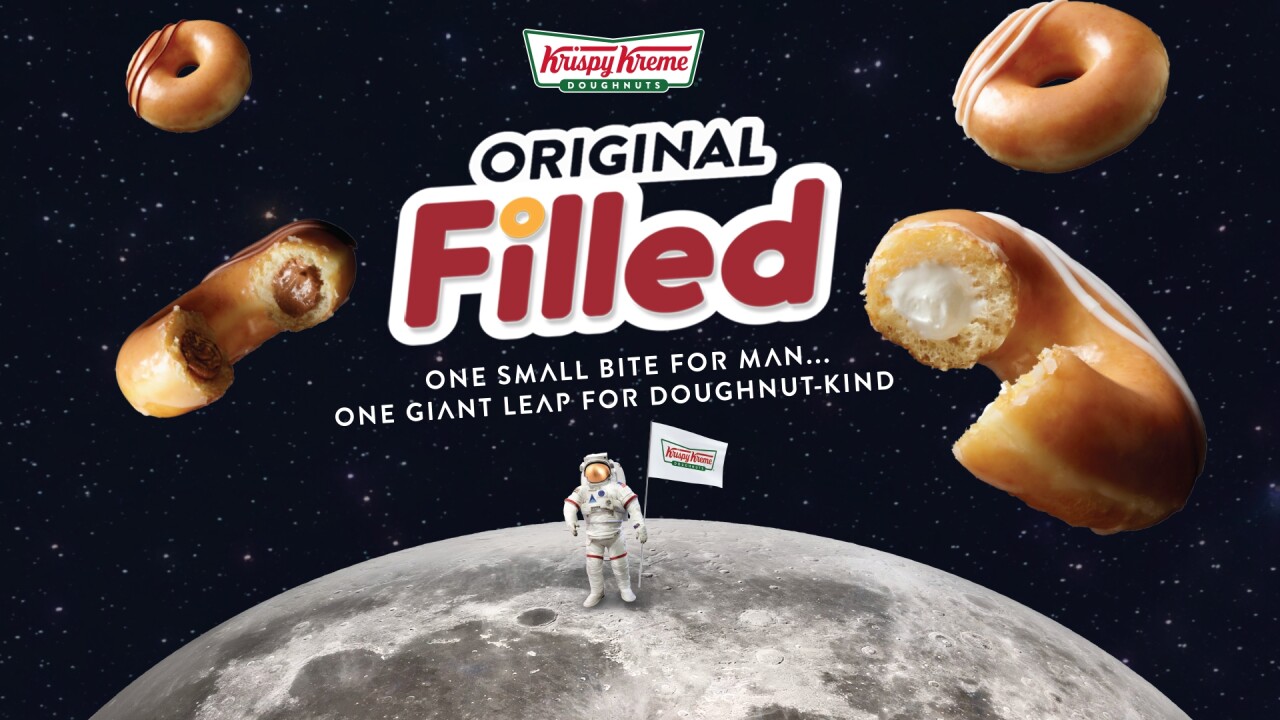 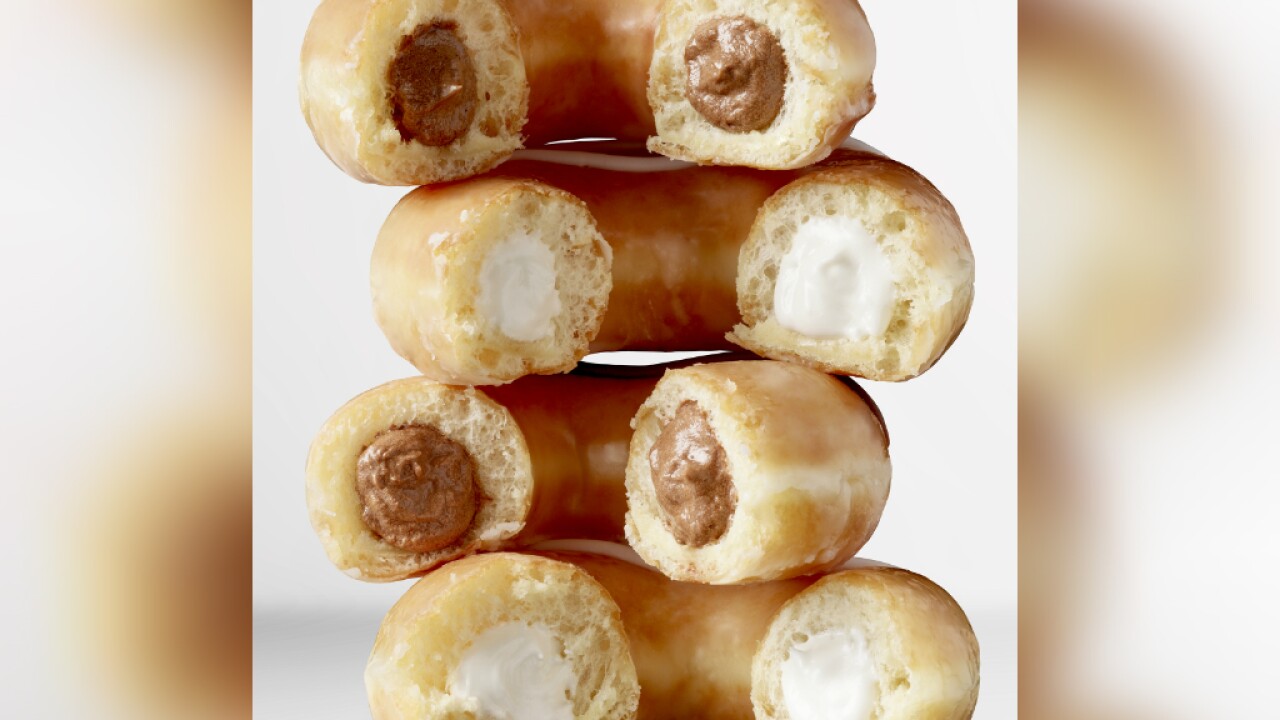 The only thing more revolutionary than the moon landing was the invention of doughnuts.

OK, that's not true at all. But doughnuts are connected to the moon landing, and Krispy Kreme wants to celebrate the 50th anniversary of Apollo 11 with its new Original Filled Doughnuts.

“Krispy Kreme was at the launch of Apollo 11, serving fresh doughnuts to Americans witnessing liftoff of this monumental mission," Dave Skena, the chief marketing officer for Krispy Kreme Doughnut Corporation, said in a press release . "As America prepares to celebrate the 50th anniversary of the moon landing, we want to give our fans a new taste experience that is out of this world."

The new doughnuts are a play on their Original Glazed doughnut. The Original Filled Doughnuts look pretty much the same on the outside but when you break them open, they're bursting with a creamy filling. They come in two flavors: Classic Kreme and Chocolate Kreme.

The doughnuts landed in stores June 17 and will be permanently available in the U.S.

Head on down to your nearest Krispy Kreme to sample this giant leap for doughnut-kind.