9 housing and mortgage trends for the rest of 2019 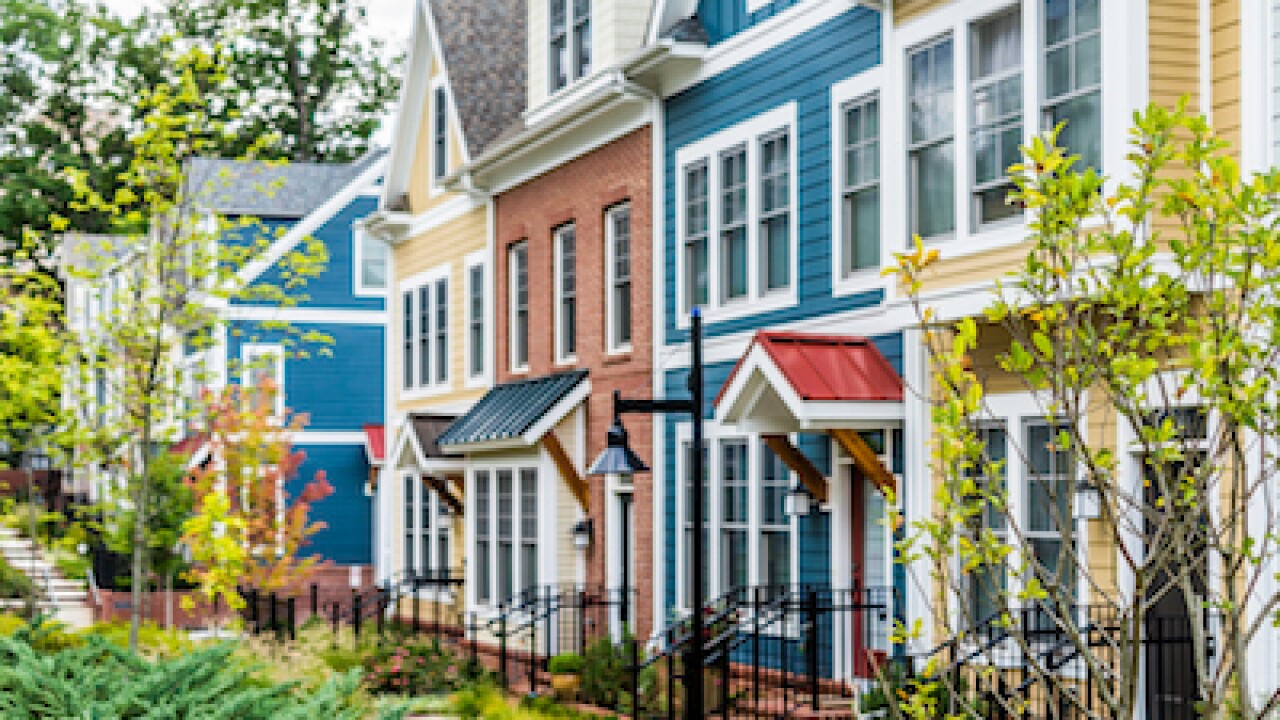 The first half of 2019 surprised housing markets across the country: Mortgage rates fell. That’s the opposite of what the experts had predicted at the beginning of the year, and it’s welcome news for home buyers, sellers and homeowners. Millions of owners could benefit from refinancing at these unexpectedly lower rates.

In other ways, housing forecasters’ predictions for 2019 were correct. Buyers are still competing for a short supply of homes, but the market isn’t quite as tilted in favor of sellers as it seemed six months ago. Home prices continue to rise, but not as fast as they have over the past few years. Many would-be buyers struggle with affordability.

NerdWallet has identified these nine housing and mortgage trends to watch in the second half of 2019.

In real estate, it’s been a seller’s market since August 2012. More would-be buyers exist than homes for sale, giving sellers a stronger negotiating position. While the market still favors the seller in most places, the balance of power is moving in the buyer’s direction.

Even with thousands more homes on the market, there’s still a shortage of homes for sale . Freddie Mac estimates that in 2017, 370,000 fewer homes were built than needed to satisfy demand resulting from population growth. “Until construction ramps up, housing costs will likely continue rising above income, constricting household formation and preventing homeownership for millions of potential households,” Freddie Mac concludes.

2. Home prices will keep going up

Toward the end of last year, many forecasters predicted that home prices would continue to rise in 2019, but at a slower pace. They were right.

In the first four months of 2019 (the latest numbers available), buyers were paying more for resold homes than a year before — but the year-over-year price increases each month were less than 4%. For the same period in 2018, year-over-year prices were more than 4.5% higher.

“Home price appreciation will slow down — the days of easy price gains are coming to an end — but prices will continue to rise,” says Lawrence Yun, chief economist for the National Association of Realtors. The NAR predicts that home prices will continue hitting the brakes and that year-end prices will be 2.2% higher than at the end of 2018.

Not everyone believes the pace of home prices will slow much in 2019. Fannie Mae has revised its price forecast, but it still predicts that prices for existing homes will rise 4.3% this year.

Fannie Mae, Freddie Mac and the National Association of Realtors all predicted that mortgage rates would rise through 2019. Instead, mortgage rates have tumbled.

After peaking at 5.09% in November 2018, the average APR for a 30-year fixed-rate mortgage fell to 4.09% by June 2019, a decline of a full percentage point, according to NerdWallet’s daily mortgage rates survey.

The forecasters now predict that the 30-year fixed will remain relatively steady through year’s end, not changing by more than a couple of tenths of a percentage point.

The unexpected drop in fixed mortgage rates means fewer people are getting adjustable-rate mortgages. At the end of 2018, experts thought rising rates would cause a surge in ARMs this year. With fixed rates dropping back to enticing levels, that surge never happened.

Interest rates have been falling based on the perception that the economy is cooling off, and because of trade tensions between the United States and China. The Federal Reserve, which typically cuts short-term interest rates in response to economic weakness, is expected to reduce rates at least once by the end of 2019, which could ease upward pressure on long-term mortgage rates.

4. Affordability continues to be a concern

“While affordability is much better than we expected it to be, rising prices have offset much of the benefit of lower mortgage rates,” says Danielle Hale, chief economist for Realtor.com. “What that means for the individual buyer is that their monthly payments might be roughly the same as if you had bought a year ago.”

Mark Boud, chief economist for Metrostudy, calls the national housing market “top-heavy.” He means that there are plenty of homes available for buyers who can afford to pay $800,000 or more. But buyers outnumber sellers of homes priced $400,000 or less. “We’re still very short of supply in this lower price range,” he says.

5. More people could save by refinancing

While the drop in mortgage rates benefits home buyers, it’s good for homeowners, too — specifically, homeowners who would snag lower monthly payments by refinancing into a mortgage with a lower interest rate. Every time rates fall, there’s an increase in the number of homeowners who could save money by refinancing.

Black Knight, a technology provider for the mortgage industry, estimates that 5.9 million homeowners could cut 0.75% or more from their mortgage interest rate by refinancing.

Does a lower mortgage interest rate automatically mean that you should refinance? No. You might benefit from a smaller rate decrease, or you might have to wait for a bigger rate drop. A mortgage refinance calculator can help you figure out the ideal time to refinance, which can depend on the rate difference, your loan size, how long you’ve had your mortgage, the loan fees you’ll have to pay and how long you plan to have the refinanced loan.

Even if you bought your home recently, it’s worth checking whether you should refinance. Black Knight estimates that 953,000 homeowners who got mortgages in 2018 could save an average of $162 each month by refinancing.

From a home buyer’s perspective, most markets need more houses for sale, and they need to be on the affordable end of the price scale. After all, many first-timers buy starter homes instead of forever homes, with prices below the area’s median. Sizes of new homes trended mostly downward in 2018, but the median home size went up in the first quarter of 2019.

Builders construct larger homes during economic recoveries “as high-end homebuyers … return to the housing market in relatively greater proportions,” wrote Robert Dietz, chief economist for the National Association of Home Builders, in a May blog post.

7. Attention is on first-time buyers

The mortgage and real estate industries are focused on serving first-time home buyers , and for good reason: There’s a lot of pent-up demand.

Those buyers are “reaching that age when they can no longer delay,” Liu says. “Their housing needs are really catching up with them. It doesn’t feel right to be raising a family in a rental apartment. They want to own their place. So I think those drivers will be very significant for the next few years.”

From the early 1990s to around 2005, first-timers accounted for roughly 40% of home sales, according to NAR research. That share soared to 50% in 2009, then fell; it was 33% in 2018. With millions of millennials reaching their 30s, market forces could cause the first-timer share to rise again in the coming years.

After the housing crisis, lawmakers required mortgage lenders to assess borrowers’ ability to repay. The regulatory changes made it harder to get a home loan.

The Urban Institute’s Housing Finance Policy Center has argued that lenders overcorrected after lending too freely in the two or three years preceding the financial crisis of 2008.

There is evidence that lenders agree. Gradually, they have been relaxing lending standards, says Matt Hackett, operations manager for Equity Now, a mortgage lender in New York City.

He says he has observed that the relaxed standards come in the form of reduced documentation requirements, lower credit scores and bigger loan-to-value ratios (smaller down payments, basically).

Mortgage data provider Ellie Mae shows that credit standards for lending were about the same in April (the latest data available) compared to 12 months earlier. The average credit score for a conventional purchase loan was 753 in April, compared to 752 a year earlier. Debt-to-income ratios, which measure borrowers’ debt loads, remained the same.

The inadequate pace of home construction, along with rising prices, mean 2019 will remain a seller’s market where there are more buyers than affordable homes for sale. But home sellers shouldn’t count on bidding wars breaking out among desperate buyers.

That’s especially the case with people who are selling homes that are relatively expensive for their local market, Realtor.com economist Hale says. Pricey homes appeal more to move-up buyers than to first-timers — and one-third of buyers are first-timers.

As a seller, Hale says, “If you’re in that above-median price point, you’re going to have to price competitively and offer incentives for buyers.”

Prices vary by neighborhood and region, and the differences from place to place are stark. In the western United States, the median home resale price this spring was $395,100, according to the NAR. In the Midwest, it was $210,500.

The article 9 Housing and Mortgage Trends for the Rest of 2019 originally appeared on NerdWallet.