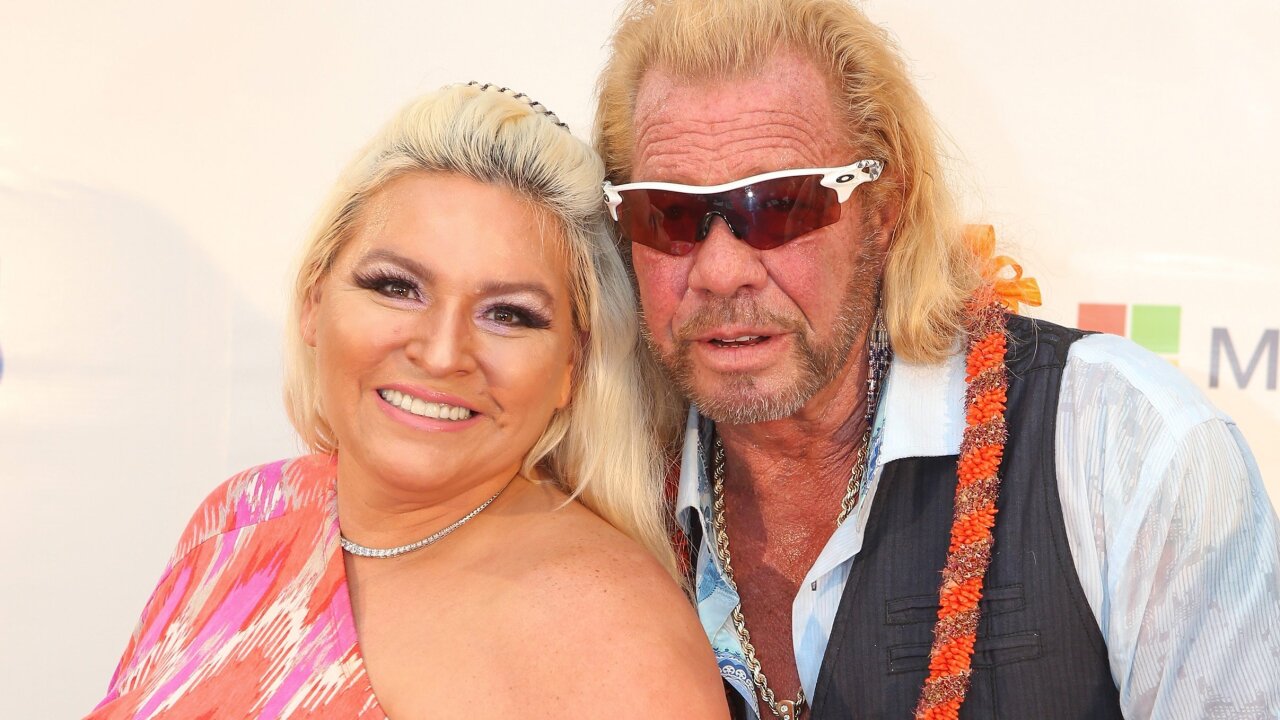 Hours after Beth Chapman died her husband, Duane "Dog" Chapman, said she spent her final hours on earth worrying about her family.

Chapman tearfully spoke to local reporters about the love of his life who lost her battle with cancer Wednesday at the age of 51.

Chapman said she then told her family "'I love you' and 'Are you guys all okay? Don't worry,' but she never accepted it."

Beth Chapman had recently been placed in a medically induced coma and died Wednesday morning in a Honolulu hospital.

She and her husband were the stars of a hit reality show, which chronicled the adventures of their family-owned bounty-hunting business and aired from 2004 to 2012.

He had shared the news of her passing on social media.

"It's 5:32 in Hawaii, this is the time she would wake up to go hike Koko Head mountain," he tweeted. "Only today, she hiked the stairway to heaven. We all love you, Beth. See you on the other side."

The couple married in 2006 and raised 12 children together, two of whom they had together.

Daughter Bonnie Chapman tweeted that she never thought she would lose her mother at the age of 20.

Lyssa Chapman, who appeared on the reality show and is known to viewers as "Baby Lyssa," retweeted her father's announcement about the passing of her stepmother writing "Beth we love you."

She also shared a photo of a makeshift memorial to Beth Chapman which included some artwork of the late reality star.

According to Hawaii News Now she said the family was not expecting to lose Beth Chapman when they did.

"We thought we were bringing her home," Lyssa Chapman said.

Duane Chapman said that while they knew for the past few years that the day of his wife's death might come, when it happened it happened quickly.

"The cancer gig, of course, we gotta find a cure," he said. "Because all we have now is some get lucky, but most pass away."

The family is planning memorials in both Hawaii and Colorado where they have homes.