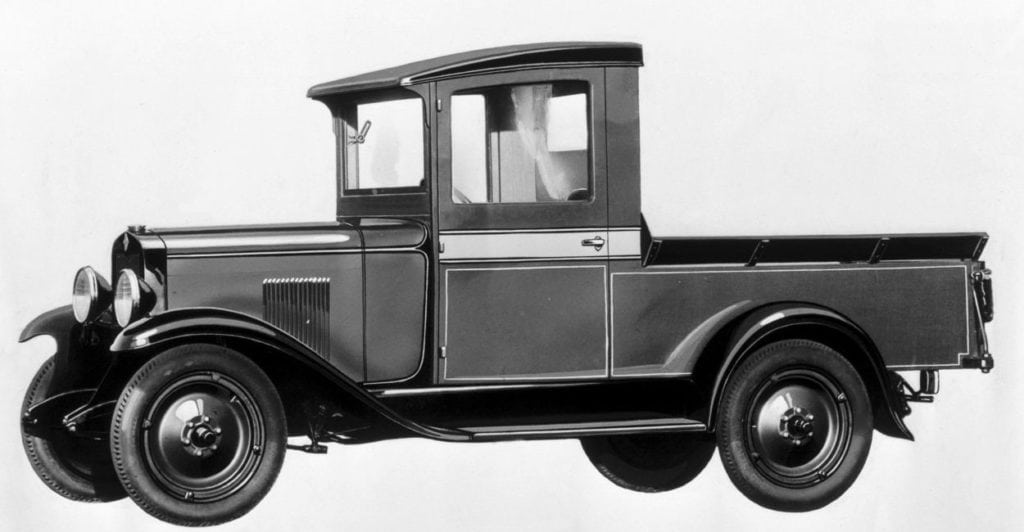 DETROIT — Torque is power. More specifically, it’s the twisting force an engine generates, and for 100 years Chevy Trucks have offered the torque that customers of 85 million trucks have relied on for hauling cargo and pulling trailers, on and off the clock.

“Chevrolet Trucks have pulled their weight for a century,” said Dan Nicholson, vice president, Global Propulsion Systems. “Nobody does torque like Chevrolet and generations have counted on our trucks to get the job done confidently.”

Chevy Trucks have come a long way from the original 1918 One-Ton model, which featured a 2.8L four-cylinder engine with an estimated 45 lb-ft of torque. Its closest contemporary engine is the standard 2.5L four-cylinder engine in the Colorado, which is rated at 191 lb-ft of torque, or 76 lb-ft per liter — a 480 percent increase over the 1918 engine.

At the far end of the spectrum is the contemporary  Silverado 3500HD  one-ton truck, with the available Duramax 6.6L turbo-diesel V-8. Its 910 lb-ft of torque equates to an incredible 138 lb-ft per liter, for great trailering confidence even on tough grades.

“Technological advances such as direct injection and turbocharging help contemporary Chevy Truck engines deliver more torque per liter of displacement than ever,” says Nicholson. “That means customers can do more and haul more than ever.”

The increase in Chevy Truck capability has been driven over the decades by the enduring performance of several landmark engine families sharing an elegant, overhead-valve architecture that contributes to signature low-rpm torque production, reduced complexity and compact packaging.

As the brand celebrate 100 years of trucks, here’s an overview of the most significant milestones in Chevrolet torque.

Introduced in 1929, Chevrolet’s first overhead-valve inline-six engine brought big torque to the masses. Displacing 194 cubic inches (3.2L), its all-new design helped generate strong torque at low rpm: approximately 120 lb-ft at only 800 rpm. That allowed Chevrolet to increase its work-truck load rating from 1 ton to 1.5 tons. The Stovebolt nickname was based on external fasteners that resembled the bolts on wood-burning stoves, but it quickly became synonymous with the engine’s durability. Several generations of Chevrolet’s overhead-valve straight-six engine were developed from the original design and served in Chevy Trucks through the late 1980s.

Chevrolet introduced its revolutionary overhead-valve V-8 engine, later to be dubbed the Small Block, in the 1955 “second series” truck lineup. That original 265-cubic-inch (4.3L) engine produced 238 lb-ft of torque at only 2,000 rpm and evolved into one of the industry’s most enduring engine architectures. About a decade after the Small Block was introduced, Chevy’s Big Block engine family — also an overhead-valve design —debuted, elevating capability to an unprecedented level for gas-powered trucks. The Small Block is currently in its fifth generation in  2018 Chevy Trucks , while the original Small Block and Big Block families live on as performance crate engines.

Until the early ’70s, increased displacement and higher compression were easy ways to build more horsepower and torque. That changed with industry mandates that dramatically affected traditional power-building techniques. Chevrolet traded high compression for high technology, developing electronic fuel injection that helped restore the torque of previous years with greater efficiency. Torque in the Small Block engine returned to 300 lb-ft in 1987 and got another 10 percent increase a few years later, with the 5.7L Vortec Small Block. Today the available 6.2L Small Block in the  2018 Silverado 1500  is rated at 460 lb-ft of torque, thanks to technologies including variable valve timing and direct injection, giving it the highest torque rating of any light-duty pickup V-8 engine.

Introduced in 2001 for Chevy’s HD trucks, the Duramax 6.6L turbo-diesel, with overhead valves and 520 lb-ft of torque, was an all-new design that established a new era of capability. Technological advances pushed its output higher, and today the second-generation iteration available in the  2018 Silverado HD  lineup offers 910 lb-ft of torque — a stunning 75 percent leap in torque from the same 6.6L displacement as the original, which re-set the performance bar for HD trucks. Car and Driver recorded 0-60 mph in 6.2 seconds in a Duramax-powered Silverado, the quickest time it’s tested for a HD truck, while TFLTruck recorded a climb up the Eisenhower grade in Colorado in 10:16.99 minutes. That was about 12 seconds faster than the nearest one-ton competitor, with each pulling 22,800 pounds.

Founded in 1911 in Detroit, Chevrolet is one of the world’s largest car brands, doing business in more than 100 countries and selling more than 4.0 million cars and trucks a year. Chevrolet provides customers with fuel-efficient vehicles that feature engaging performance, design that makes the heart beat, passive and active safety features and easy-to-use technology, all at a value. More information on Chevrolet models can be found at  Aztec Chevrolet . 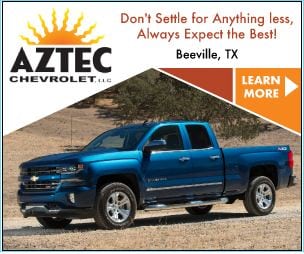 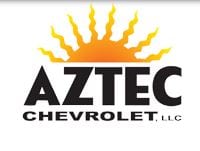 We are family owned and operated and provide excellent customer service. The Alaniz family has been in the car business for over 50 years serving all of South Texas and beyond. We offer competitive pricing on all of our new vehicles and “drive off the lot” prices on our pre-owned vehicles. Here at Aztec customer satisfaction is our only goal. 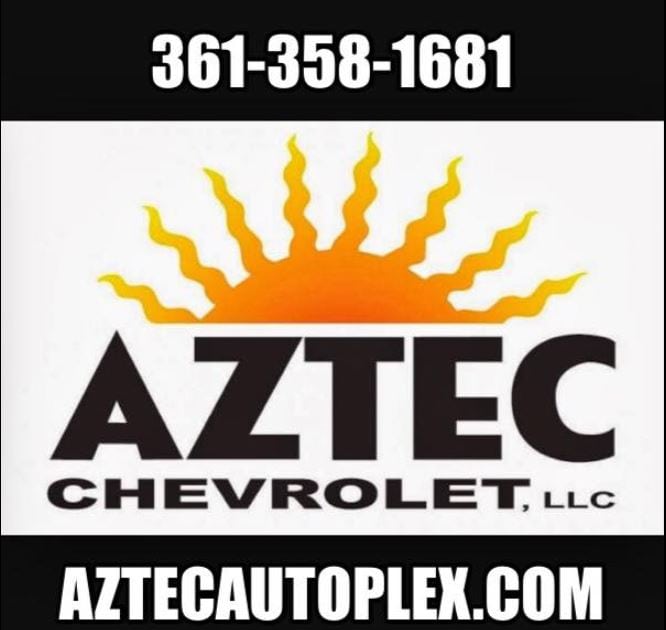 KZTV Action 10 News offers useful, valuable information from select sponsors on these pages. This content is not produced or endorsed by KZTV Action 10 News. To learn more about being a Sponsored Content provider on this site, contact our digital sales specialists .